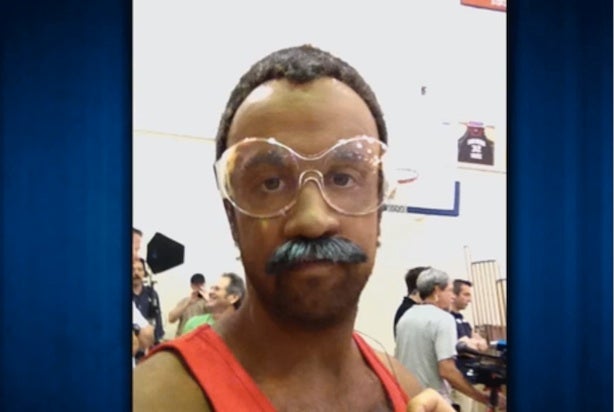 As the star of FX’s envelope-pushing comedy “It’s Always Sunny in Philadelphia,” Kaitlin Olson is used to ruffling a few feathers.

But that didn’t prepare her for the dirty looks she received from patients when she showed up to the emergency room with a five inch gash on her leg.

“After a while I realized, they’re not staring out of concern,” Olson told Conan O’Brien on Thursday’s edition of “Conan.” “It’s not the blood they’re looking at. They’re like glaring at us.”

Let’s back up for a second. Olson, who is married to “It’s Always Sunny in Philadelphia” co-star and c0-creator Rob McElhenney, got her nasty cut while filming a scene from the show that finds the booze-addled characters filming a sequel to “Lethal Weapon” in an abandoned warehouse.

It fell to McElhenney to assume the Danny Glover role of  Roger Murtaugh — a part that required the Caucasian actor to wear extensive makeup to play the African-American homicide sergeant.

“So it was the blackface that they were glaring at and then that made sense,” Olson said.