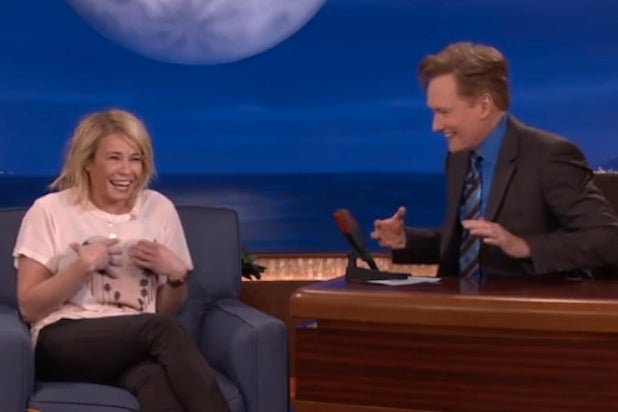 Conan O’Brien held Chelsea Handler‘s feet to the fire on Monday about her plans for the future after leaving the E! network.

“You’re not retiring!” O’Brien shot back.

“Well, I’m just done with that show,” Handler conceded. “I just have to move on. I get very bored. I’ve been there a long time– seven great years. I had a great time but I’m ready to take a little bit of a break.”

“There’s this rumor that you’re going to do a Netflix series,” O’Brien said.

Also read: Chelsea Handler Addresses CBS Talks: ‘I Would Never Be on a Regular Network’ (Video)

“I haven’t made any decisions about what I’m doing!” Handler said. “Everything that’s printed about me is a lie! Everything’s an option.”