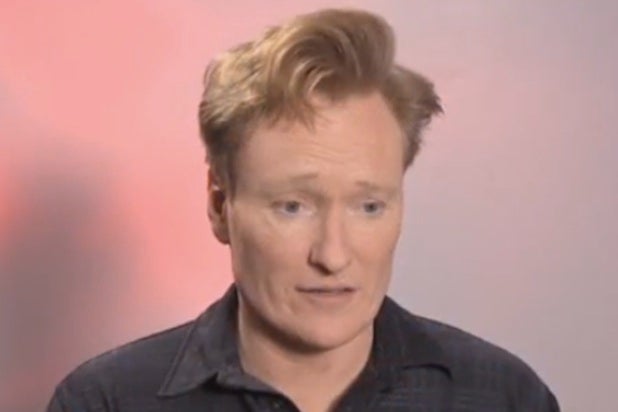 Conan O’Brien is happy for Stephen Colbert‘s upcoming gig on “The Late Show” and denied he wanted to be the one to replace David Letterman.

“I wasn’t up for it,” O’Brien told the Associated Press, during a break from rehearsal of Sunday’s MTV Movie Awards. “I’m very happy where I am, but I love Stephen. I think Stephen is great. I’m a huge fan of his as a comic and as a human being. I think it’s fantastic. I’m really glad that he got the job. I look forward to seeing his show.”

O’Brien originally took over for Letterman on NBC’s ”Late Night” in 1993 and controversially hosted “The Tonight Show” for seven months in 2009 before he was given the boot for Jay Leno.

“I was very happy because I have such respect for Dave,” O’Brien added. “I’m glad that it’s the right person getting it.”