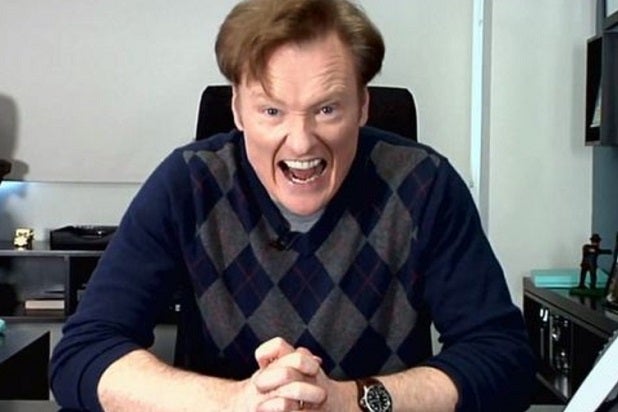 The late night host announced the news on Tuesday’s “Conan” on TBS. It will be his first time hosting the awards show.

“After eight years of intense negations, I am honored to announce I am hosting MTV’s second most prestigious awards show,” he joked in a statement.

MTV will announce this year’s nominations on Thursday. But, it will release a teaser of its nominees ahead of the announcement.

This will be the second year in which MTV will hold the awards in April. Last year’s awards attracted 3.8 million viewers and averaged 4.8 million viewers with airing across Viacom’s family of networks (MTV, VH1, MTV2 and Logo). Last year’s show also saw an increase of 20 percent versus the previous year in MTV’s target demographic of viewers ages 12-34.