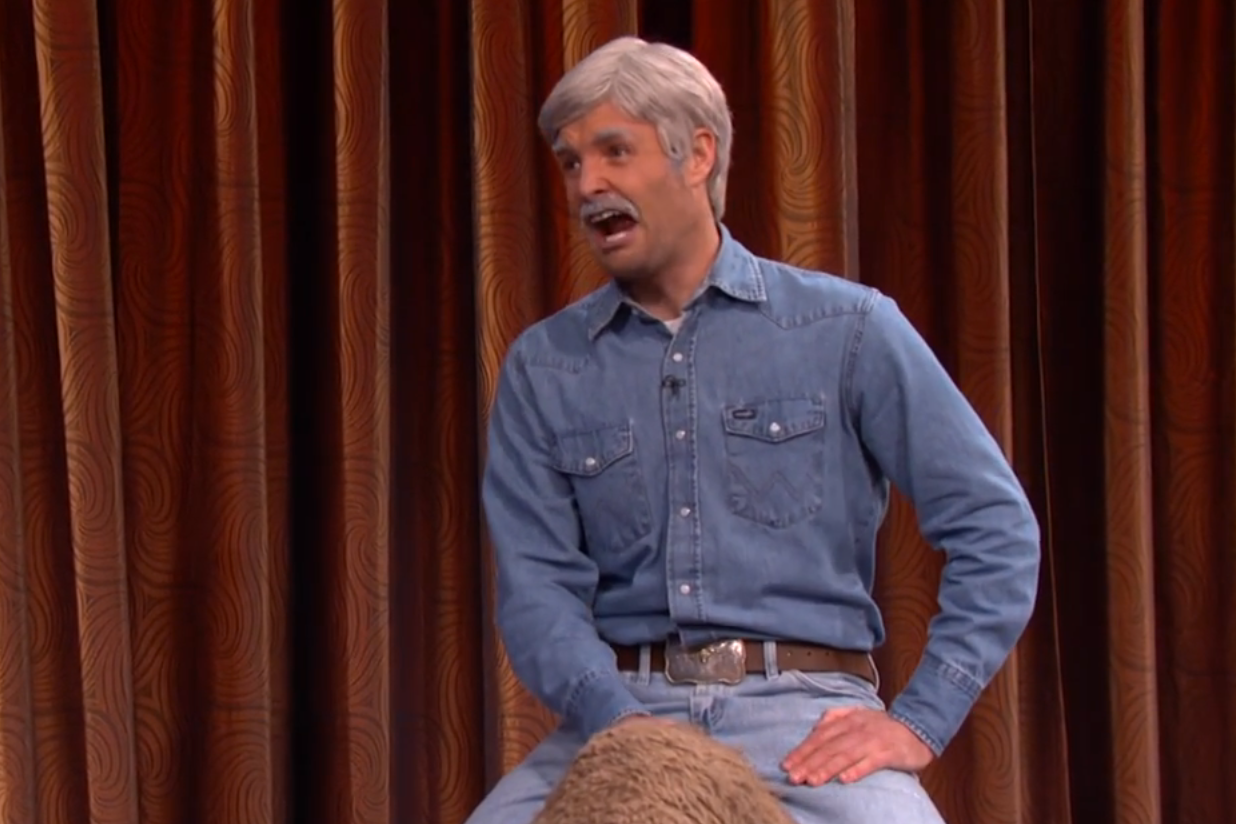 “Nebraska” star Will Forte returned as Ted Turner to “Conan” Tuesday — and complained that Conan O’Brien is running TBS into the ground.

“I founded TBS with one purpose — so people could enjoy Steven Seagal films without the nudity,” Forte-as-Turner said. “The way they were meant to be enjoyed. I’ll be damned if I’m going to sit here and watch my vision ruined by some sickly wig stand.”

The tough-talking media mogul didn’t mince words with the ginger-haired comic, labeling him a “deformed Ron Howard,” “Molly Ringwald” and a “bulimic pumpkin.”

Turner also took the boots to Forte, branding him a “D-list bottom feeder” and threatening to kick him in the lips. But he conceded the former “Saturday Night Live” regular does a good impression of him, nailing “the voice, the look, the buffalo I’ve had surgically attached between my legs.”

Forte is currently earning some of the strongest reviews of his career for playing against type in “Nebraska.”

“‘MacGruber’ thinks he’s a dramatic actor now,” Turner practically spit. “Another fantastic decision by Hollywood. Hey, remember that guy who played a drag queen on ’30 Rock’? Me neither.”