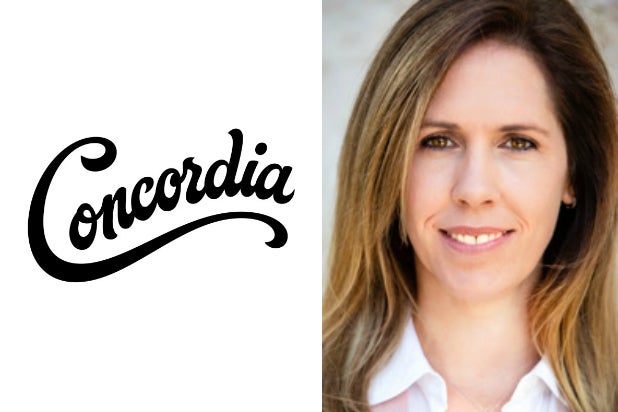 Platt, an industry veteran, most recently served as CFO of independent financing and production company 2.0 Entertainment, based at Sony Pictures and led by studio veteran Doug Belgrad.

“As we seek to navigate these challenging times, being able to add Alexa’s breadth and depth of experience to our team is a huge asset to Concordia,” Concordia co-founders Jonathan King and Davis Guggenheim said in a statement. “At the same time, all of us at Concordia are optimistic about the future for our kind of storytelling and are working now hard in anticipation of a return to full speed for our business at large. We are eager to tap into Alexa’s innate talent for innovation and strategic thinking to help guide Concordia’s continued growth.”

Concordia launched earlier this year, just ahead of the 2020 Sundance Film Festival. The studio develops, produces and finances content across all platforms, and its slate includes both nonfiction and scripted content. Concordia launched in partnership with Emerson Collective, founded by Laurene Powell Jobs. Guggenheim serves as chief creative officer for the studio’s nonfiction division, while King does the same for the scripted division.

Platt officially joined the company in April and oversees all operational, financial and legal aspects of Concordia’s business, as well as serving as a key liaison with Emerson Collective. She reports to Guggenheim and King.

Prior to 2.0, Platt assisted Lantern Entertainment, which bought the assets of The Weinstein Company out of bankruptcy, as a strategic advisor. She also served as CFO at Open Road Films, head of finance at AwesomenessTV and as finance executive at Paramount Vantage and Paramount Worldwide Acquisitions.

“It is my honor to join Jonathan, Davis and the talented team at Concordia,” Platt said in a statement. “They are proven industry leaders in Documentary and Narrative storytelling, and I look forward to helping the company achieve our goals to deliver creative and impactful content to audiences.”

Concordia’s current slate includes the 2020 Sundance Grand Jury Prize winner for the documentary “Boys State” and will be released via AppleTV+ and A24, as well as Amazon Studio’s upcoming documentary “Time,” “A Thousand Cuts,” “Bloody Nose” and “Empty Pockets,” which screened at the 2020 Berlin International Film Festival.