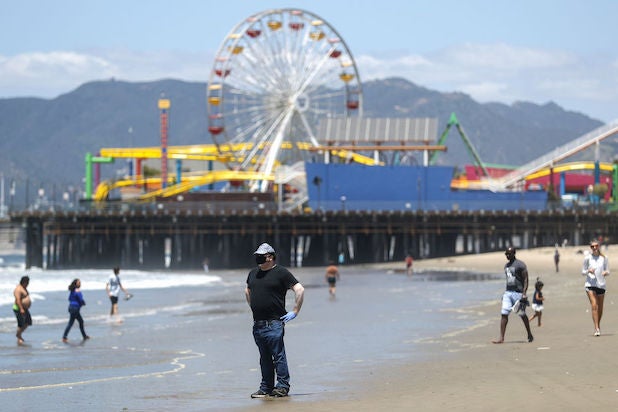 Thousands of Californians, many out of work because of the pandemic, have begun training for a new skill — contact tracing. They are kickstarting an uncertain, but crucial, chapter in the statewide fight against the coronavirus.

Last week, a group of 500 people were the first lot of trainees in the state’s Pandemic Workforce Training Academy, launched last Wednesday on an $8.7 million contract with the University of California, San Francisco. The program’s first goal is to train 10,000 contact tracers to help county public health departments trace the spread of COVID-19 — literally — from person to person. The second goal is to have a total of 20,000 trained contact tracers.

By now, groups of up to 2,000 individuals are completing 20 hours of training in consecutive weeks as the state aims to reach the first goal, a spokesperson for the California Department of Public Health told TheWrap.

Also Read: What Is Contact Tracing and Why Is It Crucial to Reopening California?

The training is based on a local program developed by UCSF and the Department of Public Health in San Francisco, where “a dozen city attorneys, 24 librarians, five assessors, nine retired clinicians and 11 medical students; in addition to 44 internal staff members” received training to be contact tracers, the San Francisco Chronicle reported. Many of the people in the new state program are the same kinds of public employees, said George Rutherford, who is the principal investigator on the state contract and the head of UCSF’s Division of Infectious Disease and Global Epidemiology.

“San Francisco has been pretty successful. We’ve got a lot of people up and running and have a pretty fully built out workforce,” Rutherford said.

Though this crucial phase has begun, any kind of timeline for the deployment of trained tracers has not been communicated by state officials, and it’s not immediately clear when the first cohort of 10,000 will be deployed to assist different counties’ public health departments. But Rutherford told TheWrap that the goal is to have training for that first group finished by the end of May but it will be up to the state to determine when and where the contact tracers are deployed.

According to the National Association of County and City Health Officials, there need to be about 30 contact tracers for every 100,000 Americans during a pandemic. California has a population of roughly 40 million, so under that formula, the state would need a baseline of 12,000 contact tracers to cover the whole state.

“A lot of this is going to take more effort than I think we’re really kind of planning for. So, I think 10,000 is a pretty good number. It’s certainly a good place to start,” Rutherford said. “The trick is going to be to get them organized and supervised.”