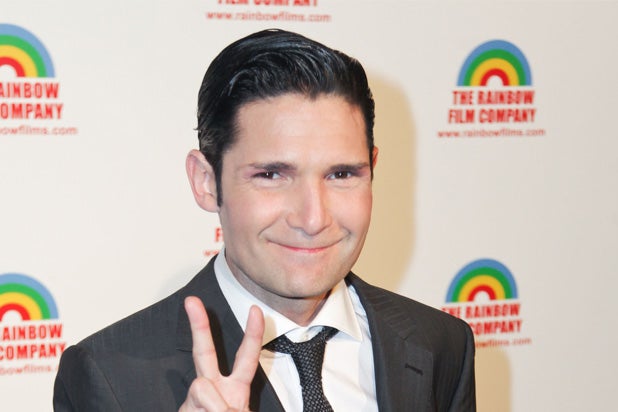 Corey Feldman is defending Michael Jackson in response to the sexual abuse accusations made against the singer in the HBO documentary “Leaving Neverland.”

Feldman, who says he was abused as a child and has spoken out about sexual abuse in Hollywood, said in a lengthy statement on Twitter Monday that some of his experiences were “the same” as those reported by Wade Robson and James Safechuck, the accusers profiled in “Neverland.” But, Feldman said, Jackson “never touched me inappropriately & never suggested we should be lovers in any way!”

In his tweets, Feldman conceded that he “wasn’t there when those boys were,” but said he “was there around the same time,” and says he is still friends with other people who were befriended by Jackson as children who were also not abused. Feldman said “Leaving Neverland” is “1 sided w no chance of a defense from a dead man,” and said he is thankful that “my memories of MJ were mostly fond,” aside from a fight he says happened after Michael expressed fears Feldman “would turn on him & make up lies.”

Feldman further clarified his comments in an interview with Page Six. “I am not saying they are lying. I wasn’t there. I can only go based on my experiences. Every victim’s voice must be taken seriously and must be heard. In no way would I ever intimate that I would want them to be silenced.”

“All I can say is my heart goes out to both of them — and if for any reason the things are proven true, I would be in full support of them,” Feldman continued. He also told Page Six that “the most shocking and appalling part of this whole thing are the actions and misdeeds made by the parents of both children,” who he criticized for allowing their children to be unaccompanied around “an adult they did not know and trust.”

Robson and Safechuck say in “Leaving Neverland” that Jackson sexually assaulted them over several years, beginning when they were between the ages of 7 and 10. They describe being exposed to pornography as well as several instances of assault.

The Jackson estate has vehemently opposed the documentary, calling it “the kind of tabloid character assassination Michael Jackson endured in life, and now in death.” The estate is suing HBO for $100 million for allegedly violating a non-disparagement clause that was part of an agreement the two sides had which granted HBO the right to air Jackson’s Dangerous World Tour live back in 1992.

The singer’s estate also issued a statement: “This is yet another lurid production in an outrageous and pathetic attempt to exploit and cash in on Michael Jackson … Wade Robson and James Safechuck have both testified under oath that Michael never did anything inappropriate toward them. This so called ‘documentary’ is just another rehash of dated and discredited allegations. It’s baffling why any credible filmmaker would involve himself with this project.”

#Neverland OK I WATCHED IT ALL I KNOW IS WHAT I EXPERIENCED, & YES EVERY EXPERIENCE WAS THE SAME….RIGHT UP 2 THE SEX PART! THAT IS WHERE IT BECOMES LALA LAND, INSTEAD OF NEVERLAND 4 ME. WE NEVER SPOKE ABOUT SEX OTHER THAN A FEW WARNINGS ABOUT HOW SEX WAS SCARY, & DANGEROUS. MJ

GIV PPL A REAL LOOK @ WHAT A 30 YR OLD MAN/CHILD & A 13 YR OLD BOY WOULD DISCUSS, SO EVERY1 COULD HEAR THE INNOCENCE OF R RELATIONSHIP. AGAIN I WASNT THERE WHEN THOSE BOYS WERE. BUT I WAS THERE AROUND THE SAME TIME AS JIMMY, & I SAW MANY KIDS AROUND (GIRLS INCLUDED) WHO I AM

SO GIVEN THE OPPORTUNITY WHICH HE CERTAINLY HAD W ME & OTHERS, BEING ALONE, W NO PARENTS AROUND, HOW DID HE CONTROL THOSE URGES SO WELL, WHILE SO BLATANTLY SEXUAL W THOSE 2 BOYS? IT DOESNT REALLY FIT THE PROFILE. BUT WHAT MOTIVE BESIDES $ DO THEY HAV? ABANDONMENT IS A STRONG 1!

MY MEMORIES. AND THANK GOD 4 ME, MY MEMORIES OF MJ WERE MOSTLY FOND, ASIDE FROM R 1 & ONLY FIGHT BECAUSE HE INCORRECTLY FEARED I WOULD TURN ON HIM, & MAKE UP LIES. I NEVER DID. I NEVER WOULD! I PRAY THOSE BOYS CAN SLEEP W THAT SAME CLARITY OF CONSCIOUSNESS! LET GOD B THY JUDGE!