Corey Haim — the iconic 1980s teen actor best known as one of the "Two Coreys," and who had long struggled with drug addiction — died early Wednesday in Burbank of a suspected overdose. He was 38.

Sgt. Frank Albarran of the LAPD’s North Hollywood division told TheWrap that it received a call from St. Joseph’s Hospital in Burbank at around 3:40 a.m. local time, informing it of the Canadian-born actor’s death. Because medical officials suspect drugs were involved, police were called to investigate, per standard procedure, Sgt. Albarran said. 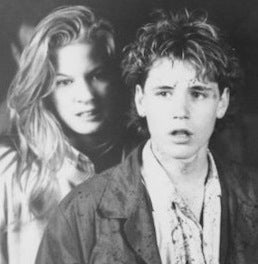 Haim was forever linked to fellow young actor Corey Feldman after both appeared in 1987’s "The Lost Boys." They then co-starred in a number of films, including "License to Drive," "Dream a Little Dream" and “Blown Away.”

The pair attempted a joint TV comeback together via the short-lived A&E reality series "The Two Coreys." Their television reunion, coming more than a decade after their 1980s hit films, proved problematic. The reality show featured a drug-abusing Haim moving in with a sober Feldman and his girlfriend.

The two Coreys frequently clashed on camera and the series, which ran from 2006-07, was canceled after less than two seasons. By the show’s end, the pair’s relationship had deteriorated to the point where Feldman cut off relations with his former best friend.

"As a friend and somebody that cares deeply about the guy, I’m not going to watch him destroy himself," Feldman told People in 2008.

in a post to his personal blog on Wednesday, Feldman softened his stance in a statement of grief:

I was awakened at 8:30 this morning by my brother and sister knocking on my bedroom door. … My eyes weren’t even open all the way when the tears started streaming down my face. … This is a tragic loss of a wonderful, beautiful, tormented soul, who will always be my brother, family, and best friend. We must all take this as a lesson in how we treat the people we share this world with while they are still here to make a difference. (Click here to read the entire statement.)

Feldman had apparently cleaned up his act while filming his last film role in the cop drama "Decisions" and wasn’t required to submit to drug testing, according to Zenon Kesik, an executive producer on the movie.

"He was straight. He didn’t appear to be on any substance whatsoever," Kesik told TMZ.

Haim was born Dec. 23, 1971, in Toronto. Growing up, he played hockey and various musical instruments.

Haim said he had dreams of becoming a professional hockey player before pursuing acting.

The actor struggled mightily with drug addiction. In an interview with the Sun in 2004, he talked about his long history of drug abuse, saying he smoked his first joint on the set of “Lost Boys.”

Haim also said he was sexually abused as a child star.

"It’s something that will be addressed in my inner soul for the rest of my life, and it’s something that truly affects me," he told GQ in 2008. "It’s just like, it happened, it’s over, and move on. Let’s move on to the next subject."

Dr. Drew Pinsky, of VH1’s reality show "Celebrity Rehab With Dr. Drew," said Haim’s death "shows us that we should be outraged by the widespread dispatching of prescription medications by my peers. Medications that are leading to the demise of people who should be getting real help."

Asked whether Haim had ever been asked to take part in "Celebrity Rehab," Pinsky told TheWrap: "I’ve heard that, too. Because I’ll be treating these people, I can’t get involved in the casting, but I can tell you for sure that his name has come up every season. Now it’s too late."