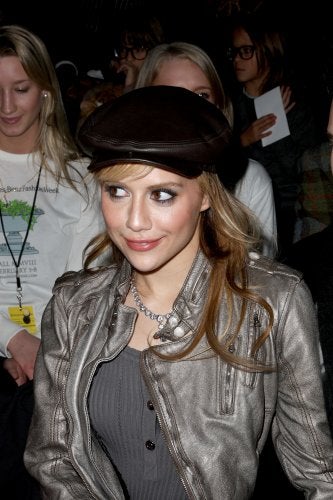 The coroner’s office continues to examine the cause of Brittany Muphy’s death.

Although it’s still unclear what caused Murphy to collapse from cardiac arrest Sunday, several of the drugs cited by TMZ Tuesday as having been found at Murphy’s home — Topamax, Klonopin, Ativan and Hydrocodone (also known as Vicodin) – are opiods or benzodiazepines that figure prominently in addiction literature.

The U.S. Drug Enforcement Agency describes the pain-reliever Hydrocodone as “the most frequently prescribed opiate in the United States,” while the mood relaxer Klonopin has been ranked as the sixth most abused prescription drug.

Ativan is often prescribed as an anti-anxiety drug, while Topamax is an anti-seizure medication.

An obviously important question to answer is if any or all of the above drugs were in Murphy’s system at the time of death — and at what levels.

According to Anna Nicole Smith’s death report, Broward County, Florida, examiners found levels of Klonopin and Ativan in the model’s system at the time of her death, while subsequent court testimony in Los Angeles revealed that Smith was also a regular user of Topamax and Hydrocodone.

Dr. Charles Sophy, a Los Angeles psychiatrist and expert in addiction therapy, told TheWrap that too often people in the entertainment industry will not inform their personal physicians if they have other doctors writing different prescriptions for them — and that these personal physicians adopt a Don’t Ask/Don’t Tell policy toward their patients in order to keep them.

“Prescription drug use can be very dangerous,” Sophy says. “Celebrities need to understand the dangers of mixing and layering. They must be honest with [their] doctors, but their doctors must also take the high road over wanting their celebrity patients to accept and not reject them.”

In other Murphy news, RadarOnline is reporting that a private funeral will take place tomorrow, Christmas Eve, at Forest Lawn Memorial Park, Hollywood Hills. )Forest Lawn at first denied the report to TheWrap, then said it refused to comment.)

Not to be confused with Michael Jackson’s final resting place (Forest Lawn Glendale), the cemetery chosen by Murphy’s family is located between Griffith Park and Warner Bros.’ Burbank studios.

Murphy will join Bette Davis, Lucille Ball, Liberace and many other departed actors and entertainers.