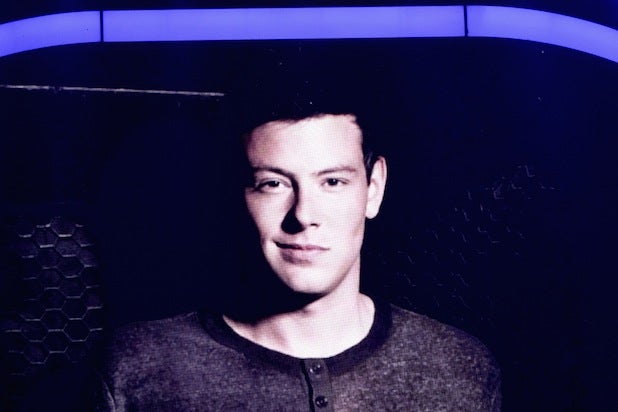 The mother of Cory Monteith says the Emmys will be too painful for her to watch, but firmly believes her late son deserves the special “In Memoriam” segment he’s getting – saying the son of Jack Klugman is being unfair by suggesting otherwise.

Five individuals are getting separate segments during the Sunday night telecast, and while the “Glee” star is among them, the “Odd Couple” and “Quincy” star is not.

Monteith’s mom Ann McGregor told TMZ that her son is worthy, suggesting that age and achievement aren’t everything – had he lived, she said, his acting, singing and charitable work would have put him on a path to greatness.

“If he had lived 30 more years he would have accomplished much more,” she told TMZ, adding that Adam Klugman is “misdirected” because he misses his father.

Monteith died in July from a toxic mix of drugs that included heroin and alcohol. Emmy executive producer Ken Ehrlich defended the choice last week, saying Monteith’s inclusion was a nod to younger viewers, who may be less familiar with the other honorees (Jonathan Winters, Gary David Goldberg, Jean Stapleton and James Gandolfini).

In an interview with the Los Angeles Times, Klugman said the producers are: “celebrating this self-inflicted tragedy instead of celebrating the life of my father, who won three Emmys. … Cory Monteith never won an Emmy.”

“Every generation of television viewers has its favorites, and when we decided to expand the ‘In Memoriam’ segment to remember certain individuals, we wanted these pieces to be representative as well. To a younger generation, Cory Monteith’s portrayal of Finn Hudson was highly admired, and the producers felt that he should be included along with the four other individuals we have singled out.”

This is the first year the Emmys is breaking out individuals for the segment. While Klugman was considered the biggest surprise, others lamented “Dallas” star Larry Hagman’s omission.