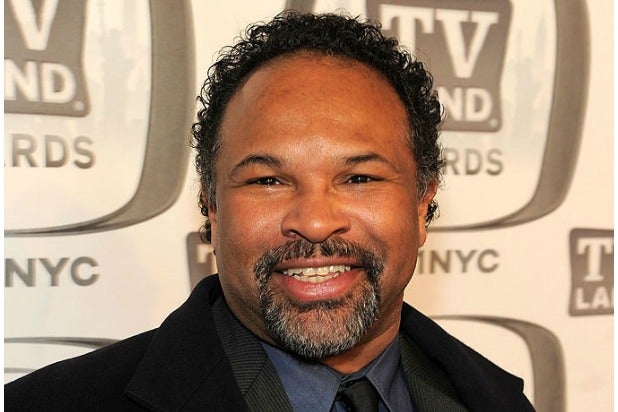 Former “Cosby Show” star Geoffrey Owens said he was “really devastated” at first when media outlets reported that he taken a job bagging groceries at a Trader Joe’s in New Jersey — until celebrities and others rallied to his side.

“It’s really overwhelming, in a good way,” he told “Good Morning America” co-host Robin Roberts on Tuesday. “I kind of feel like that character in that Woody Allen movie that wakes up one morning and he’s a celebrity all of a sudden … it came out of nowhere. I really want to thank everybody out there … for the incredible support, the amazing support and positivity that they’ve shown for me. It’s quite astounding.”

Owens said he had taken a job at Trader Joe’s 15 months ago for “flexibility” while continuing to pursue various jobs in acting, directing and teaching.

“I hope that this period that we’re in now, where we have a heightened sensitivity about that, and a reevaluation of what it means to work and the idea that some jobs are better than others — that’s actually not true,” said Owens, wearing both a baseball cap from his alma mater, Yale, as well as his red Trader Joe’s nametag.

“There is no job that’s better than another job,” he continued. “It might pay better, it might have better benefits, it might look better on a resume and on paper. But actually, it’s not better. Every job is worthwhile and valuable.”

The “Cosby Show” alum — who played Sondra Huxtable’s husband Elvin on the final five seasons of the hit sitcom from 1985 to 1992 — was captured on camera by a shopper at a Clifton, New Jersey Trader Joe’s, and Fox ran with it. The outlet was criticized on social media for what many saw as a former actor just trying to make a living, while the floodgates opened with support for Owens.

“Again, why is this news?” asked Patricia Heaton (“Everybody Loves Raymond”). “When I worked on “thirtysomething” I was also summarizing depositions to pay my rent. Why are you trying to humiliate this honorable, hardworking actor? Shame on you!”

“Brooklyn Nine-Nine” star Terry Crews tweeted, “I swept floors AFTER the @NFL. If need be, I’d do it again. Good honest work is nothing to be ashamed of.”

And James Woods wrote, “And he’s making more money than Cosby these days. Good for him. Now maybe some casting director will take note of a fine man who swallows his pride and is willing to work.”

FULL INTERVIEW: @GMA EXCLUSIVE — "There's no job better than another…every job is worthwhile…" Actor Geoffrey Owens speaks out, responding to job shaming and backlash after a photo of him working at a grocery store was posted online: https://t.co/0wZJnpowI9 pic.twitter.com/aNiG5fV2yf