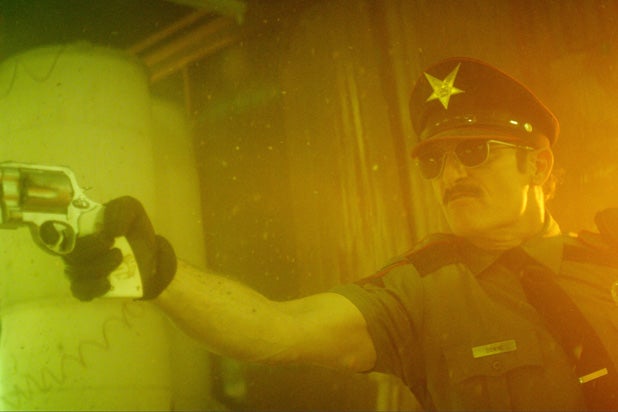 “Officer Downe” starring Kim Coates (“Sons of Anarchy”), will be released in theaters and on demand on November 18.

Magnet, which also has the rights to popular horror titles “Let the Right One In,” Takashi Miike‘s “13 Assassins” and “V/H/S,” is a genre-focused subsidiary of Magnolia Pictures.

Adapted from the 2010 graphic novel by Joe Casey and Chris Burnham, “Officer Downe” is a sci-fi film takes place in a hyper-real Los Angeles and tells the story of a savage L.A. policeman who is repeatedly killed, resurrected and sent back into active duty via dark science technology.

When a rookie officer named Gable is recruited as back-up, he discovers there’s much more to the titular super-cop than a mindless law enforcement drone warring against a twisted rouges gallery of over-the-top supervillains.

The deal was negotiated by Magnolia Senior Vice President of Acquisitions John Von Thaden with CAA on behalf of the filmmakers.