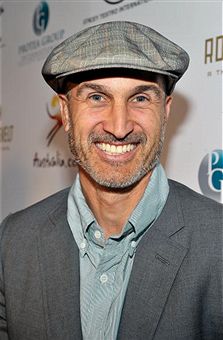 DreamWorks has scared up a director for its "Fright Night" remake, and it’s an unusual but nonetheless inspired choice.

Variety reports that Craig Gillespie will get behind the camera, working from a script by Marti Noxon.

The 1985 Tom Holland-directed original, for those of you who are too young or afraid to remember, concerned a teenager who discovers that his next-door neighbor is actually a vampire who lusts after his girlfriend (played by Amanda Bearse of "Married… with Children" fame).

"Fright Night" never had the cultural impact of slasher films like "Friday the 13th" or "A Nightmare on Elm St." (and their collective sequels), but it has become a cult classic in the 2 1/2 decades since its release.

Former commercial director Gillespie has made two feature "comedies" — "Lars and the Real Girl" and "Mr. Woodcock" — that actually played like horror movies. The latter was a laugh-free nightmare that suffered major studio interference, while the former was an excellent, Capra-esque movie about an emotionally disturbed man who falls in love with a plastic sex doll. See what I mean? Obviously this is right up his alley!

UTA-repped Gillespie is also a frequent director of Showtime’s "The United States of Tara," which begins its second season (I loved the first!) on March 22.

For her part, Noxon is no stranger to the vampire genre, having penned 23 episodes of "Buffy the Vampire Slayer."