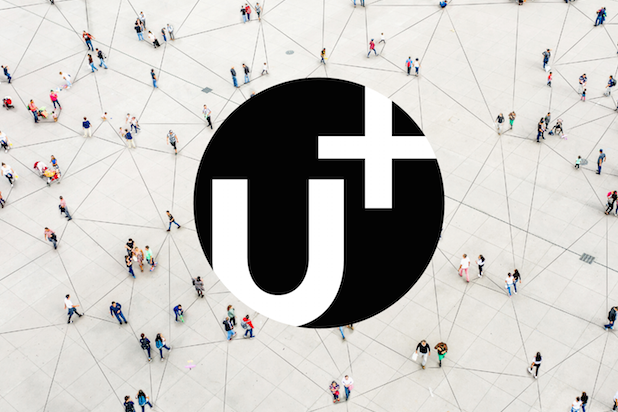 It was hard enough to get your foot in the door in Hollywood — and then the COVID-19 pandemic hit.

But for Peter Csathy, head of the Los-Angeles based tech and media advisory firm Creatv, this created both a problem and an opportunity. With entertainment and media jobs being cut and internships drying up, Csathy, along with his wife, Luisa, felt compelled to do something. Their objective was simple: Use technology to connect high school, undergrad and grad students with executives in the industries they desperately want to break into.

Out of that mission came Creatv University, an offshoot of his firm that hosts regular — and free — webinars and Q-and-A sessions with some of the biggest names in entertainment. Now, whether you’re in Santa Monica or South Dakota, Creatv U aims to get its students some (digital) face time with top decision makers.

Also Read: Variety-THR Owner to Lay Off 50 'Operational' Jobs as Result of Merger

“It’s much easier [to get a job in entertainment] if you’re already connected,” Csathy told TheWrap. “Relationships matter in every business, but particularly in the entertainment, media and tech worlds. And because these careers are so highly coveted, to get to the top of a stack of resumes is extremely hard. So the best way to do that is if someone goes to bat for you with a relationship, and that’s something young people who want it get immediately with Creatv U, if they demonstrate their passion.”

Creatv U launched this past summer and has already featured a laundry list of big-time and diverse names. Most notably, former Disney executive Kevin Mayer’s first interview as TikTok CEO came during a Creatv U webinar. (Mayer ended up leaving TikTok in August.) HBO Max SVP Jennie Morris, HelloSunshine CEO Sarah Harden and Jeff Clanagan, president of Kevin Hart’s Laugh Out Loud network, are among the other top names that have already been featured by Creatv University webinars.

Students don’t pay for access to the webinars and Q-and-A sessions. This undertaking has simply been a “labor of love,” Csathy said, because he knows firsthand how hard it was to break into the entertainment world when he moved to L.A. from Minnesota. He served as SVP at Universal Studios and held executive positions at New Line Cinema and Savoy Pictures before pivoting into digital media.

The project is also a family affair, with his daughter, Hunter, a student at USC and his son Luca, who just started his senior year of high school, helping with the venture’s social media and video components; both are also looking to follow in their dad’s footsteps and break into the entertainment business.

“My wife and I were looking at the daunting forces facing young people. We figured let’s open up my rolodex and offer access to great creative forces, executives and innovators and make these people available to young people who are passionate about exploring careers in entertainment, media and tech,” Csathy said. “We feature amazing people who these young people otherwise wouldn’t have access to. But Creatv U is also meant to give immediate, tangible opportunities that enable and empower young people who are passionate about the business to crossover and jump that velvet rope, because it’s so difficult to break in.”

While Creatv U is free, there are a few small steps users can take to maximize the program. For those looking for immediate help landing an internship or job, users are asked to fill out a personal “statement” (whether written, video, or multi-media) that highlights their personality, a second statement on the particular field they’re looking to join, and to also share their resume. So far, Creatv U has been able to help a number of students land jobs and internships, Csathy said, including at spots like Dreamworks and Bulldog Digital Media.

Moving forward, Csathy hopes to keep Creatv U’s Zoom webinars going, whether there’s a COVID-19 vaccine or not. By leveraging technology, he said the webinars  “democratize access” to media executives and break down the barriers to entry in Hollywood — something that ultimately helps make the industry more meritocratic and talented.

‘Fear the Walking Dead': June Was Right to Do What She Did