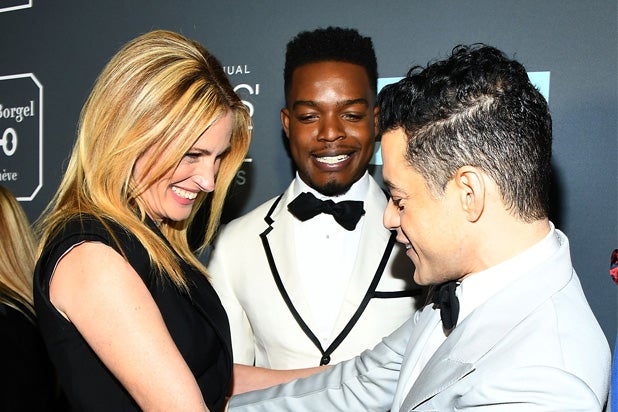 Stars of film and television were out in force for the 2019 Critics’ Choice Awards, decked out in appropriate finery early in the day to make the 4:20 p.m. PT start of the live show broadcast on the CW Network.

We’re not sure if the 4:20 start had a double meaning, but there was definitely a lot of Ample Hills Creamery ice cream being gobbled up during the two-hour cocktail party/red carpet that preceded the 24th annual show. And while edibles might not have been the stimulant (or relaxant) of choice for the biggest winners, there was plenty of Moet Champagne on hand to help calm the nerves.

Some of the important awards were announced on the blue carpet outside the Barker Hangar in Santa Monica leading up to the televised show — we hear that’s because the CW insisted the show end at 7 p.m. sharp, giving the org just two hours and 40 minutes to cram in both movies and TV kudos. 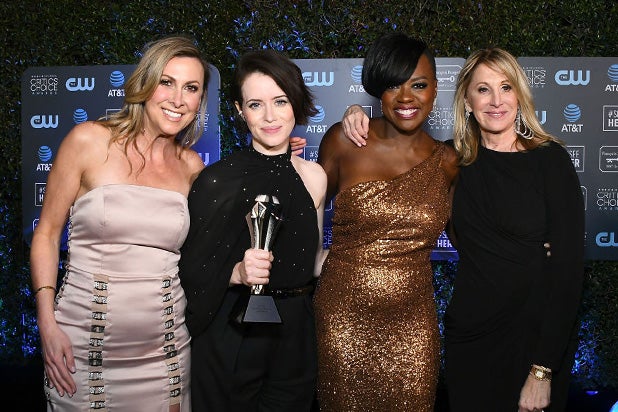 He wasn’t holding his trophy, however, for early winners didn’t get to keep the one they held while posing on the blue carpet. “We had to give it back!” Bob Persichetti, co-director of best animated-film winner “Spider-Man: Into the Spider-Verse,” told us. “We’re all calling it the ‘Winners’ Virus Trophy,’ cause that thing is full of gems. Everybody’s had their hands on it tonight!”

You’d think that “Spider-Man: Into the Spider-Verse” producer Avi Arad, the original force for turning Marvel into a cash cow with the original “Spider-Man” and “X-Men” movies, would be ready to win prizes. But he admitted that the growing accolades for the studio’s animated feature has come as something of a shock. “We were really surprised to win the Golden Globe last week,” said the beanie-clad impresario, “and winning here, too, it’s a good start.” 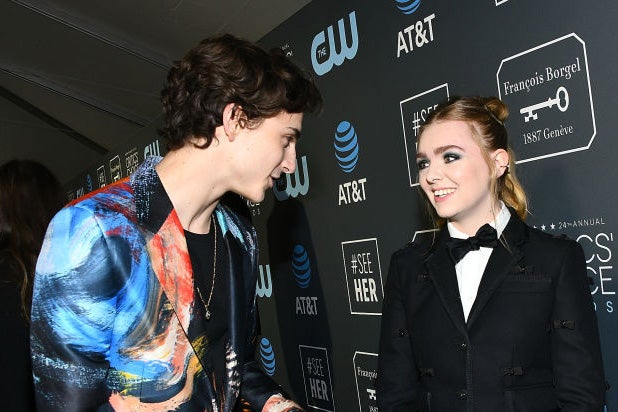 The Critics’ Choice Awards, chosen by the the over-300-strong members of the Broadcast Film Critics Association, are traditionally a good barometer for predicting Oscar wins. (Full disclosure: This writer is a founding and voting member.)

One pair who did take home a prize for their shared mantelpiece: John Krasinski and Emily Blunt, winners for “A Quiet Place” in the sci-fi/horror category. The A-list couple divided time between the table for “A Quiet Place” and the Disney “Mary Poppins Returns” seats reserved for Blunt — one of the front-row power tables for that nine-time nominee, which went home empty handed.

Also Read: How Many Votes Does It Take to Get an Oscar Nomination in 2019? 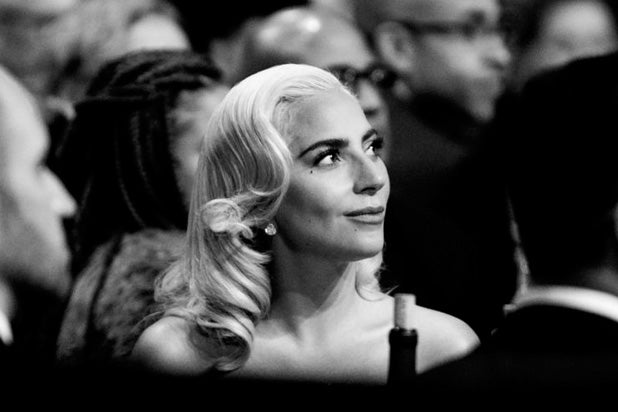 Singer John Legend, who lost to Darren Criss (“The Assassination of Gianni Versace”) in the TV movie performance category, barely looked up even when his “Jesus Christ Superstar” was announced as best movie made for TV.

A lot of the stars remained glued to their phones through the broadcast, watching the last heart-stopping minutes of the NFL playoff game between the New Orleans Saints and the Philadelphia Eagles. A ripple of applause actually rolled through the room when the Saints clinched the game, advancing to the NFC championship game. 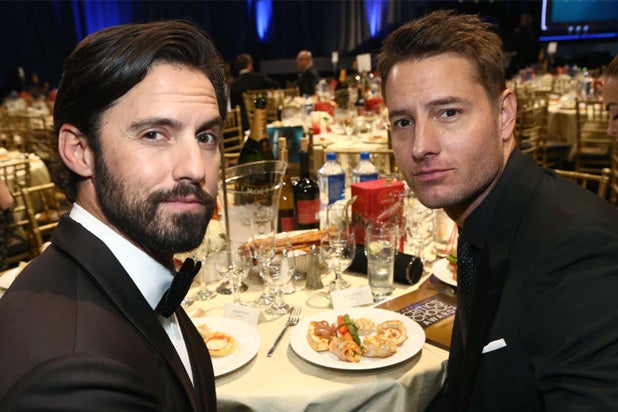 Ricky Martin didn’t even have to shake his hips to cause another huge ripple in the Barker Hangar, as hordes of fans rushed him at every commercial break, begging for selfies. The singer took all comers, happily breaking out his toothy grin as his tablemates, the “This Is Us” castmates Milo Ventimiglia, Mandy Moore, Justin Hartley and Chrissy Metz, bemusedly looked on.

Backstage, Lady Gaga (“A Star Is Born”) kept on crying over her best actress win (well, actually a tie with “The Wife” star Glenn Close) as she chatted with reporters. Some of those tears may have been for her horse, who was dying as the singer-actress was taking home two trophies — which she actually got to keep.