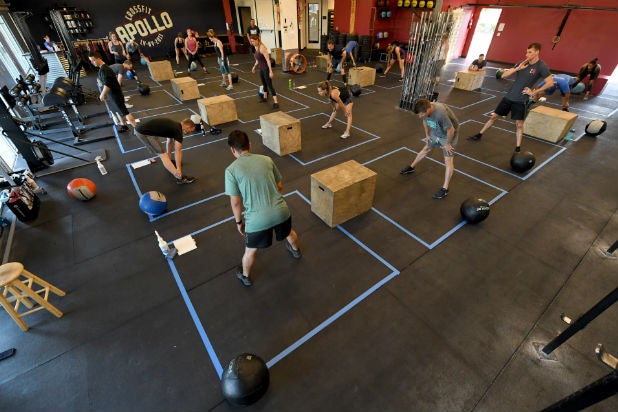 Following a very public outcry over comments he made mocking George Floyd and the protests inspired by Floyd’s death, CrossFit CEO and Founder Greg Glassman announced Tuesday that he is stepping down and will retire.

“I’m stepping down as CEO of CrossFit, Inc., and I have decided to retire. On Saturday I created a rift in the CrossFit community and unintentionally hurt many of its members,” Glassman said in a statement posted on the company’s website. “Since I founded CrossFit 20 years ago, it has become the world’s largest network of gyms. All are aligned in offering an elegant solution to the vexing problem of chronic disease. Creating CrossFit and supporting its affiliates and legions of professional trainers has been a labor of love.”

“Those who know me know that my sole issue is the chronic disease epidemic. I know that CrossFit is the solution to this epidemic and that CrossFit HQ and its staff serve as the stewards of CrossFit affiliates worldwide. I cannot let my behavior stand in the way of HQ’s or affiliates’ missions. They are too important to jeopardize.”

Glassman provoked a severe backlash on Saturday after he responded to a tweet from the Institute for Health Metrics and Evaluation that condemned racism and discrimination with a joke that appeared to make light of George Floyd, who was murdered by a police officer in Minneapolis on Memorial Day.

“Racism and discrimination are critical public health issues that demand an urgent response. #BlackLivesMatter,” the Institute said, to which Glassman said “It’s FLOYD-19.”

Glassman followed up that tweet by saying “Your failed model quarantined us and now you’re going to model a solution to racism? George Floyd’s brutal murder sparked riots nationally. Quarantine alone is ‘accompanied in every age and under all political regimes by an undercurrent of suspicion, distrust, and riots.’ Thanks!

This led to several companies ending their relationships with CrossFit, including shoemaker Reebok, and several affiliated gyms. Things got worse on Tuesday, when Buzzfeed posted audio from a Zoom call Glassman held just hours before his tweets with several affiliated gyms. In the call, Glassman can be heard mocking the national outcry over Floyd’s death. “We’re not mourning for George Floyd — I don’t think me or any of my staff are,” he said at one point, and at another, when asked why CrossFit hasn’t issued a statement, he said “can you tell me why I should mourn for him? Other than that it’s the white thing to do — other than that, give me another reason.”

See his original tweets below:

Your failed model quarantined us and now you're going to model a solution to racism? George Floyd's brutal murder sparked riots nationally. Quarantine alone is "accompanied in every age and under all political regimes by an undercurrent of suspicion, distrust, and riots." Thanks!