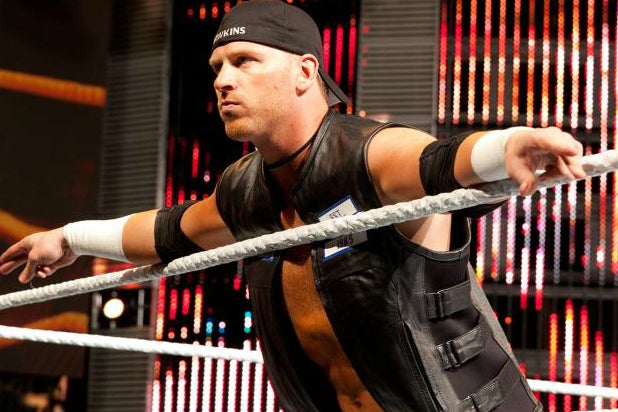 Curt Hawkins is back, and the WWE teased the Superstar’s return last night via “SmackDown.”

There was no actual appearance by the former Brian Major, but the now-live USA Network series ran a bumper promo with a few Chuck Norris/Mr. T-esque “facts, like:

Real-name Brian Myers, the Queens native used to tag-team with Zach Ryder, who back then went by Brett Major. Confusing, we know — welcome to the ever-evolving world of sports entertainment.

Hawkins/Myers was officially released from his WWE contract in June 2014, when he returned to the grueling independent circuit. Ryder is now matched with newcomer Mojo Rawley, so it looks like Hawkins will be a solo act — for now, at least.