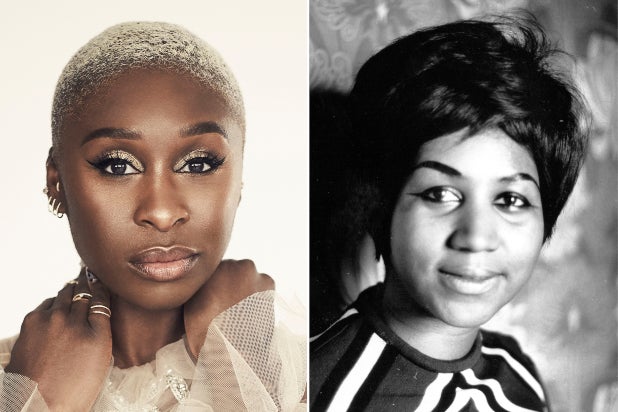 Nat Geo has found its Queen of Soul. Cynthia Erivo will portray Aretha Franklin on the next season of its historical anthology “Genius,” the network announced on Thursday.

Filming will start in November for a spring 2020 premiere.

“Aretha Franklin has been a source of inspiration for me since I was a little girl,” Erivo said. “Her strength, passion and soul are evident in her everlasting legacy, not only as a transcendent artist, but as a humanitarian and civil rights icon. To have the opportunity to bring her legacy to life and show the fullness of her being, her humanity and brilliance, is an honor. What I know and have learned about what my voice, as an artist, can do and the power in it has been highly influenced by Franklin. I feel privileged and excited to be a part of the sharing of her genius.”

The third season of the anthology series will explore Franklin’s musical genius and incomparable career, as well as the impact and lasting influence she has had on music and culture around the world.

Erivo is a Tony-, Emmy- and Grammy Award-winning actress who rose to prominence on the theater stage for her performance in “The Color Purple.” Franklin isn’t the only prominent female African-American who Erivo will play; she is set to star as Harriet Tubman in Kasi Lemmons’ historical biopic, “Harriet.” On TV, Erivo will star in HBO’s upcoming Stephen King adaptation, “The Outsider.”

“Genius” will feature many of Franklin’s biggest songs, including “I Never Loved a Man (The Way I Love You),” “Chain of Fools,” “Don’t Play That Song,” “Since You’ve Been Gone” and “Baby I Love You.” In addition, the series will feature Franklin’s performances of “I Knew You Were Waiting for Me,” “Freeway of Love” and “Sisters Are Doin’ It for Themselves.”

Imagine is partnering with Warner Music Group, which owns the rights to Franklin’s catalog, for this season. Clive Davis and Atlantic Records chairman and CEO Craig Kallman have also joined as executive producers. Franklin’s estate is also working with Nat Geo on the show.

“Genius: Aretha” follows two previous seasons starring Geoffrey Rush as Albert Einstein and Antonio Banderas as Pablo Picasso, marking the first time the series will center on a woman. A previously announced season focusing on “Frankenstein” author Mary Shelley was slated to be the third season before Nat Geo scuttled that after the network “couldn’t find a way to crack it creatively.”