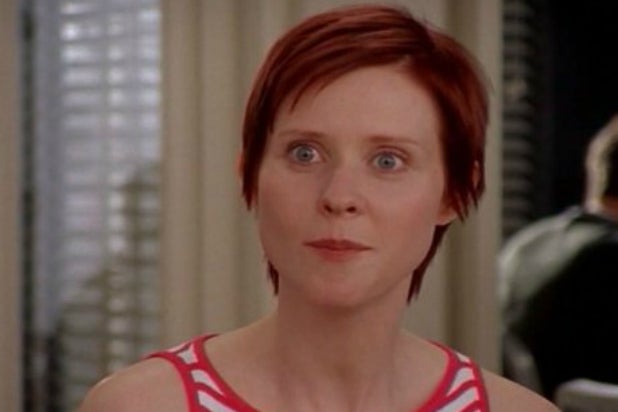 'Sex and the City'

Only a Miranda could fix the mess that is the New York City subway system — but can Cynthia Nixon truly mend what the MTA and Gov. Andrew Cuomo have been unable to get a handle on? New Yorkers and “Sex and the City” fans on Twitter seem to think so.

At the time of this writing, “Cynthia Nixon” was the top Twitter trend in the United States, and “Miranda” was only a few spots behind. A few hours earlier, Nixon officially announced her candidacy for governor of New York.

See some of our favorite ringing endorsements below. Nixon, like Cuomo, is a Democrat.

there's no one i trust to fix the subway more than miranda hobbes, the person responsible for the best new york transportation-related simile on tv pic.twitter.com/gSo6f5JzMG

Me: Celebrities running for political office should be approached with healthy skepticism, and held to high standards

pledging to fix the subway in her campaign announcement GOT MY VOTE https://t.co/Fgh0gcOIwZ

“…I couldn’t help but wonder…could Miranda fix the subway? Or was it me that needed fixing?” pic.twitter.com/xpE9EjSqqp

She's a long time education activist who rides the subway every day, opposes the IDC, is fearless and strong, supports single payer, speaks out against big money in politics. She will be a great Governor of our amazing state. https://t.co/Fc1CvKzgyr

"Unlike Governor Cuomo, Cynthia Nixon rides the subway every day. She understands first-hand the toll that his disastrous mismanagement of the MTA is taking on everyday New Yorkers."

But then again, there’s this one damning outlier to consider:

The mudslinging has already begun.

In one of her most memorable gowns, Sarah Jessica Parker wore Oscar de la Renta at the 2014 Met Gala in New York City. After his death on October 20, Parker paid tribute to the iconic designer, revealing she was originally hesitant to ask him to dress her for the event.