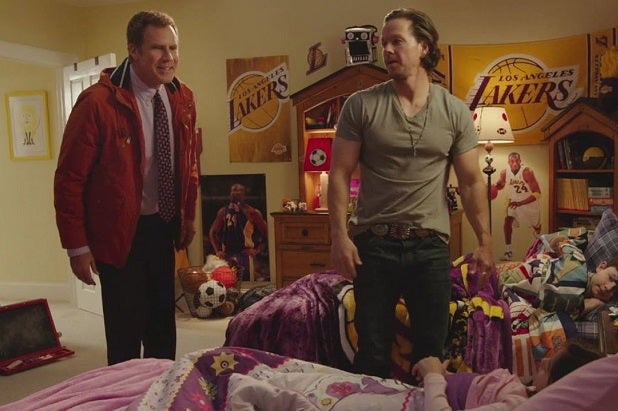 “Daddy’s Home,” the comedy starring Mark Wahlberg and Will Ferrell, took in $1.2 million in preview screenings Thursday night at the box office for Paramount.

It was Christmas Eve, so not a lot of moviegoers were stirring, and most that were were headed for “Star Wars: The Force Awakens.” The Disney blockbuster is expected to win its second consecutive weekend, with most analysts projecting around $180 million over the three days. It took in $27.6 million Thursday.

The PG-13-rated “Daddy’s Home” is expected to top the other openers with around $20 million, ahead of Fox’s David O. Russell‘s ensemble comedy-drama”Joy,” which re-teams the director with Jennifer Lawrence, Bradley Cooper and Robert De Niro. Sony’s NFL injury drama “Concussion,” starring Will Smith, and the “Point Break” remake from Warner Bros. are expected to debut a little under those two.

Holdovers “Sisters” and “Alvin and the Chipmunks: Road Chip” will be in the mix, too, as will Paramount’s financial crisis dark comedy “The Big Short,” which opened Wednesday.

It’s a crowded holiday field with “Star Wars,”along with the holdover Tina Fey-Amy Poehler comedy “Sisters” and “Alvin”  expected to be in the mix.