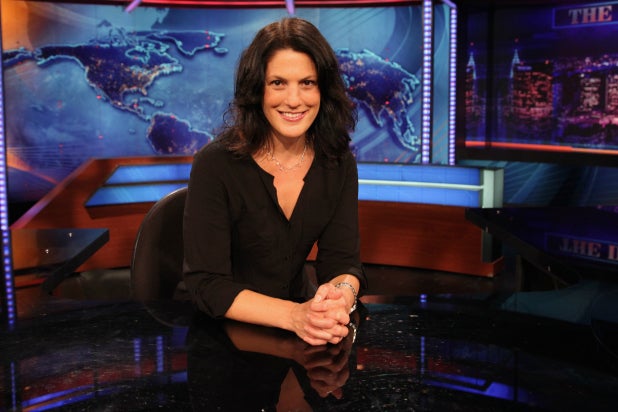 After 14 years, the co-executive producer is leaving Comedy Central’s “The Daily Show.” That lengthy tenure means she was there for most of Jon Stewart‘s time, and all of current host Trevor Noah’s.

Kun was responsible for booking the guests and producing their corresponding guest segments. As part of the team, Kun won four Emmy Awards.

Stewart hosted the Comedy Central show from 1999-2015; predecessor Craig Kilborn did three years before that. Noah took over “TDS” in August 2015.

Since then, TV ratings in the advertiser-coveted 18-49 demographic have steadily dropped — and hard. Unfortunately, critical reception has headed in the same direction.

However, Comedy Central is happy to hang its hat on how it sees millennials adopting Noah. Read about the 11 o’clock series’ youth movement here.

Kun, who has not yet announced her next move, is repped by CAA.