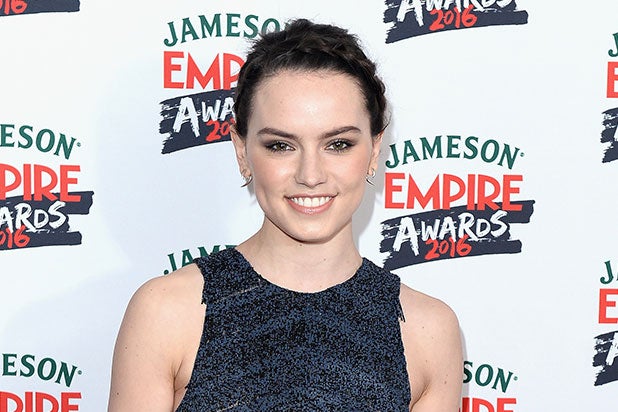 Daisy Ridley made headlines last week when she said she was hanging up her lightsaber for good after “Star Wars: Episode IX” is wrapped. But now, the actress who plays Rey is changing her tune, saying she just doesn’t know of any plans past the third film in the trilogy.

“That was end of a very long day, at the end of a very long shoot. It was pouring down rain in Montreal,” Ridley told Entertainment Tonight. “We were talking about where the trilogy was going and… all I said was as far as I was concerned, when I signed on, I was signing onto [episodes] seven, eight and nine.”

She added, “I don’t know about any plans beyond [‘Episode IX’]. That’s for Disney, that’s for everyone else in charge to decide. “The trilogies represent a beginning, middle and an end. But I don’t know beyond that.”

In a recent interview with Rolling Stone, Ridley said she “didn’t really know what I was signing on to,” when she agreed to do “The Force Awakens.”

When asked if she’d continue to play Rey after the third movie, she definitively said, “No. No, no, no,” adding, “I am really, really excited to do the third thing and round it out, because ultimately, what I was signing on to was three films. So, in my head, it’s three films. I think it will feel like the right time to round it out.”