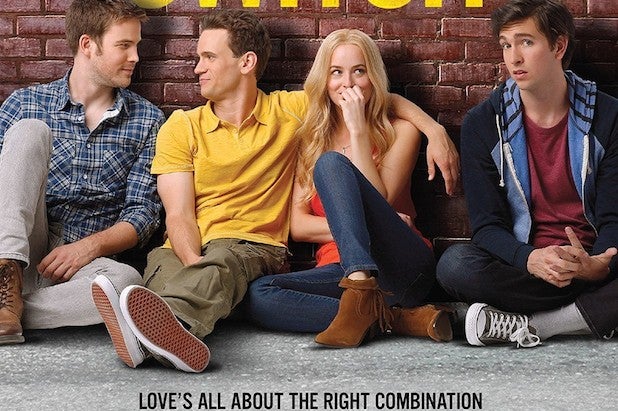 Lionsgate has released the first trailer for its low-budget comedy “Date and Switch,” which stars Nicholas Braun (“The Perks of Being a Wallflower”), newcomer Hunter Cope and Dakota Johnson of “Fifty Shades of Grey” fame.

The film, which was previously titled “Gay Dude,” stars Braun and Cope as best friends who make a pact to lose their virginity before prom. Hilarity ensues when Cope comes out as gay. Johnson plays Cope’s ex-girlfriend who finds herself falling for Braun’s character. As you might imagine, things get complicated from there.

Chris Nelson directed “Date and Switch,” which Lionsgate will release on Feb. 14, one year before Johnson bares more than she did in “The Social Network” in “Fifty Shades of Grey.”