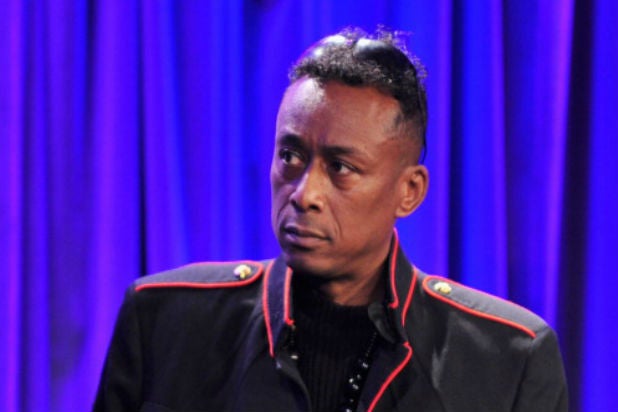 One of Public Enemy’s founding members is fighting back against claims that he is in any way connected to the man who killed five police officers and wounded seven more in Dallas on Thursday.

Richard “Professor Griff” Griffin took to social media to vent his frustrations after a picture began circulating of him with the shooter, who has been identified as Micah Xavier Johnson.

“I will not sit back and let these people assassinate my character and tie me to the Dallas shootings,” Griffin tweeted, along with a picture of a Daily Mail story that featured the picture.

“The police and FBI have been watching me and tapping my phone they know who I talk too, I DO NOT KNOW THE SHOOTER,” he wrote in another tweet.

Fellow Public Enemy member Chuck D also expressed his outrage that the group was in any way tied to the shooting. “Stupid SHT. News Media associating PE with Dallas is like accusing TheBeatles of the fkn Manson murders,” he tweeted. “Or do I KNOW too much Music history?”

On Thursday, Johnson shot twelve Dallas police officers, killing five, during a protest against the killings of Alton Sterling and Philando Castile earlier in the week. Johnson was later killed by police after a standoff.

I will not sit back and let these people assassinate my character and tie me to the Dallas shootings. pic.twitter.com/t41Hl9TJuK