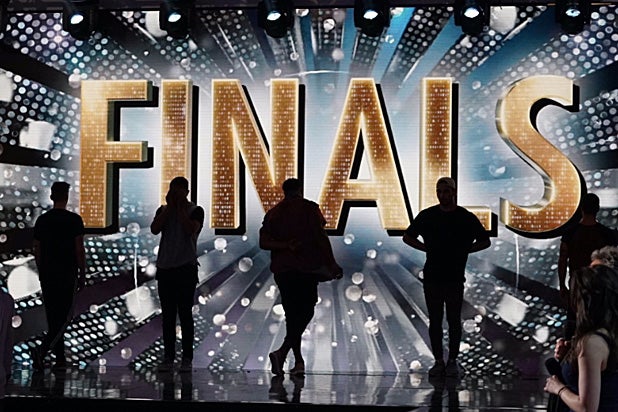 (Spoiler alert: Please do not read on if you haven’t watched Monday’s ‘”Dancing With the Stars” Season 24 finale)

And it’s safe to say that the competition has never been hotter!

For their final round of dances before Tuesday’s results show, the contestants all brought their A game — with some getting better results that the others.

World Series champion Ross was the first contestant to perform in the Redemption Dance round, with judge Len Goodman calling him a “true Cinderella story,” even thought his Viennese Waltz lacked finesse … and booty tucking.

Next up was Kordei — who is still recovering from an ankle injury — and Bruno Tonioli, for one, was very impressed. “You two are going like a bat out of hell chased by demons,” he screeched. “That was brilliant.”

As for Jennings’ initial dance of the night, Tonioli said the NFL running back “really has become the polished diamond that everyone was expecting.” Goodman went on to say that he saw “improvement in every level of that dance.”

Ross’ second dance of the night sparked multiple baseball cliches from Goodman, who told him it was “not a home run but you got to first base.”

Kordei’s follow up was called “absolutely breathtaking” by Julianne Hough, who thanked her for bringing “the light.”

“Your light has transcended these cameras through TV screens to people all over the world,” she said.

Jennings went on to maintain the high bar for the show — and raise it — with Tonioli calling his next dance “sensational, talk about the man of the moment … uptown, downtown, across America.”

Goodman went even further, saying: “You have gone from strength to strength. You are the one with the momentum going into tomorrow night.”

Hough told the football pro that his iconic freestyle was “going in the book … holy cow.”

Yep, that earned him a perfect score.

Jennings finished the night at the top of the leaderboard, with Ross at the bottom and Kordei sandwiched between the guys.

Host Tom Bergeron ended Monday’s show on a serious note, sending sympathy to the victims of the bomb attack at Ariana Grande’s Manchester, U.K., concert. “We want to send our thoughts and prayers to those affected by the explosion,” he said.

Tune in tomorrow to see who is crowned the Season 24 winner.