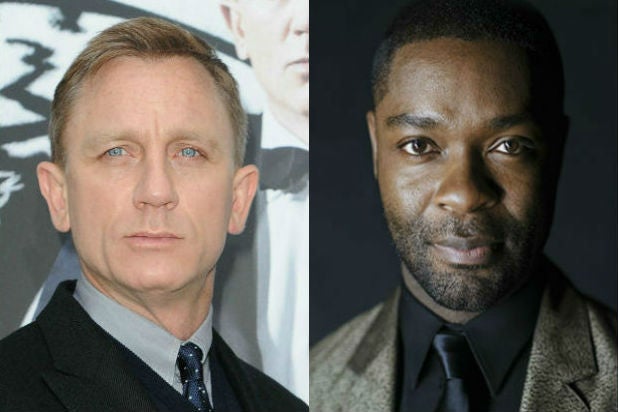 Daniel Craig and David Oyelowo will star in an off-Broadway production of Shakespeare’s “Othello” with the New York Theater Workshop.

Oyelowo will play the title character, a Moorish general in the Venetian army. Craig will play Iago, a Venetian captain who conspires to bring about Othello’s downfall.

The two stars will appear together for a limited engagement in the fall of 2016, according to the New York Times. The New York Theater Workshop, a nonprofit organization, will stage one of Shakespeare’s most famous tragedies in a 199-seat theater.

“This production is an opportunity for New York Theatre Workshop to do what it aspires to do — to foster the growth and accomplishment of the artists we believe in,” said Artistic Director James C. Nicola. “When Sam Gold, a longstanding member of our NYTW Usual Suspects community, came to us with the beginning sketches of this production, with these two sublime actors, it seemed the perfect next step for us to take together.  I’m eager to see what these original, creative artists come up with in response to Shakespeare’s enduring tragedy.”

English-born Oyelowo first came to the attention of American audiences with appearances in films like “Rise of the Planet of the Apes” and “Jack Reacher.” However, it was his portrayal of Rev. Dr. Martin Luther King Jr. in 2014’s “Selma” that solidified him as an A-list star.

Fellow Englishman Craig is best known for portraying super spy James Bond, beginning in 2006 with the release of “Casino Royale.” He has reprised the role three times, with “Spectre,” the next Bond outing, due to hit theaters on Nov. 6.