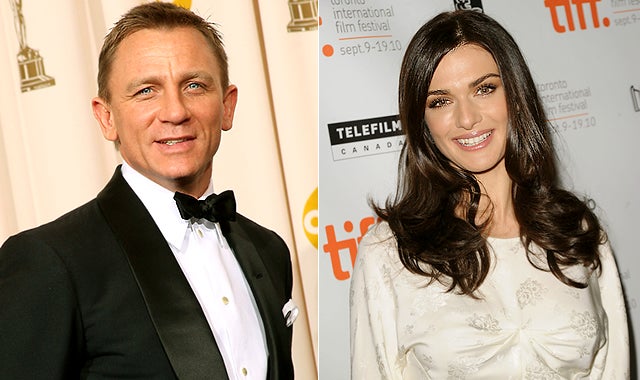 The revival, directed by 10-time Tony Award winner Mike Nichols, will begin its limited run in previews on Oct. 1 at the Barrymore Theatre, opening Nov. 3 and running through Jan. 5, 2014.

The play will mark Craig's return to Broadway following his appearance alongside Hugh Jackman in the 2009 hit production of Keith Huff's "A Steady Rain." Weisz, who has appeared on stage in London and off-Broadway, will be making her Broadway debut. The couple married in 2011.

Pinter's play originally premiered at London’s National Theatre in 1978 and was immediately hailed as one of his masterworks. It follows the story of of Emma (Weisz), who is married to Robert (Craig), a publisher, but engaged in a seven-year affair with Jerry (Rafe Spall), a literary agent and Robert’s best friend.

Craig is perhaps best known for his portrayal of James Bond in the movies, "Skyfall," "Quantum of Solace" and "Casino Royale." Weisz recently starred in the hit Disney prequel, "Oz: The Great and Powerful." They appeared together in the 2011 film "Dream House."