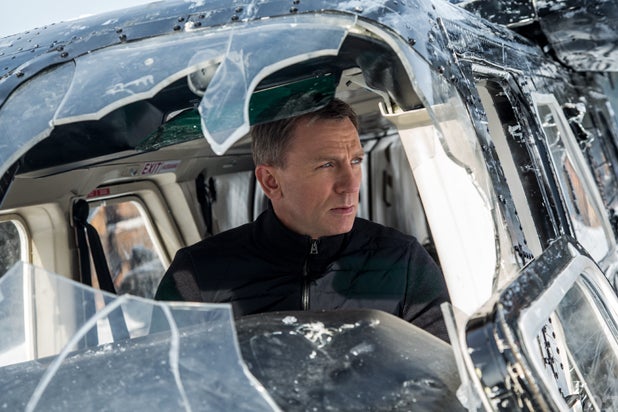 The James Bond thriller “Spectre” opened to a record-smashing $80 million overseas this weekend, even better than the last 007 blockbuster “Skyfall” did in its international debut.

In the U.K., the film  has taken in an estimated $64 million in its first seven days of release, the biggest opening run in that country’s box-office history. “Spectre” took the mark from “Harry Potter and the Prisoner of Azkaban,” which was also released on a Monday and totaled $82 million in 2004.

And it set a record for the highest seven-day gross in U.K. box-office history, overtaking the last James Bond film, “Skyfall.” That one went on to gross $1.1 billion worldwide, and become the top franchise performer of all time.

“Spectre” opens in the United States on Friday.

The record-breaking numbers — bolstered by a strong $5 million IMAX theaters haul — provide important momentum for the fourth film starring Daniel Craig as the suave super-spy. It’s pacing to open in range of the $88 million debut weekend of of 2012’s “Skyfall” when it hits theaters this week in North America for MGM, Eon Productions and distributor Sony.

“We are delighted that audiences in the U.K. and Ireland continue to embrace these stories about one of our biggest and best cultural icons,” said Peter Taylor, managing director Sony Pictures UK,. “This opening proves once again, that the film world of James Bond speaks to cinema-goers like no other.”