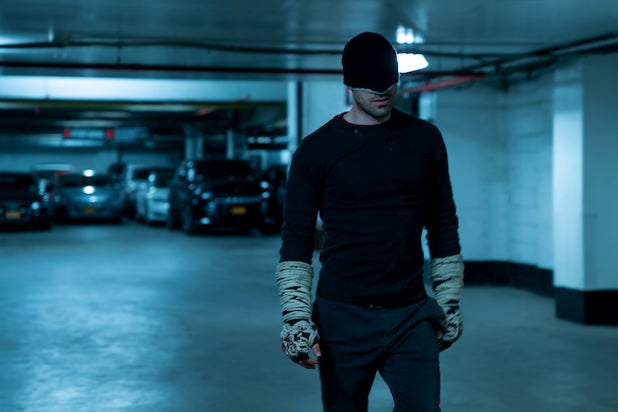 After Netflix surprised — and saddened — fans with the cancellation of “Daredevil” last week, The Man Without Fear himself spoke about the decision.

“A lot of us really expected to keep going, and I certainly did,” Charlie Cox told Entertainment Weekly. “The truth is, I felt like we had a lot of stories to tell, and although I understand [the cancellation], I’m very saddened by that.”

The series was the first to premiere back in 2015 under the much-ballyhooed (at the time) pact between Netflix and Marvel, when the streamer was just getting into original programming. But as Netflix is becoming more focused on original programming they produce themselves, the streamer gave the Marvel TV series the axe, just over a month after the show’s well-received third season premiered.

The move came shortly after Netflix moved to cancel two other Marvel series in its lineup, “Iron Fist” and “Luke Cage.” However, the streamer seemed to hint that it wasn’t quite done with The Man Without Fear: “While the series on Netflix has ended, the three existing seasons will remain on the service for years to come, while the Daredevil character will live on in future projects for Marvel,” a Netflix spokesperson said.

The only Marvel series remaining on Netflix are “The Punisher” and “Jessica Jones,” which have already been renewed for their second and third seasons, respectively. No premiere dates for either show have been announced.

The move to cancel three of its Marvel TV shows comes as Marvel’s parent company Disney is set to launch a competing streaming service, Disney+, which will feature Marvel-branded TV shows of its own using characters from the big screen Marvel Cinematic Universe.