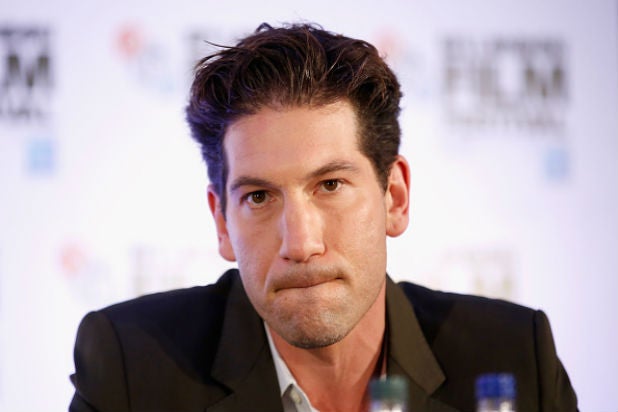 Jon Bernthal will play The Punisher in season two of the Marvel/Netflix series “Daredevil,” and offered fans a first look at the character’s extensive arsenal this week.

Bernthal tweeted a picture of himself standing before a wall filled with weapons. The caption on the picture simply read, “PUNISH.”

Marvel announced in June that Bernthal would appear as the comic book character in the second season of “Daredevil.” While the exact nature of The Punisher’s role during the season is unknown, fans have speculated that the character’s tendency to kill his opponents will put him in direct conflict with Daredevil’s strict “no killing” policy.

In the comics, The Punisher’s real name is Frank Castle. A former soldier, he decided to wage a one-man war on crime after his family was murdered.

Bernthal is best known for his role as Shane in the first two seasons of AMC’s “The Walking Dead,” and for playing the hot-headed drug dealer Brad in Martin Scorcese’s “The Wolf of Wall Street.”