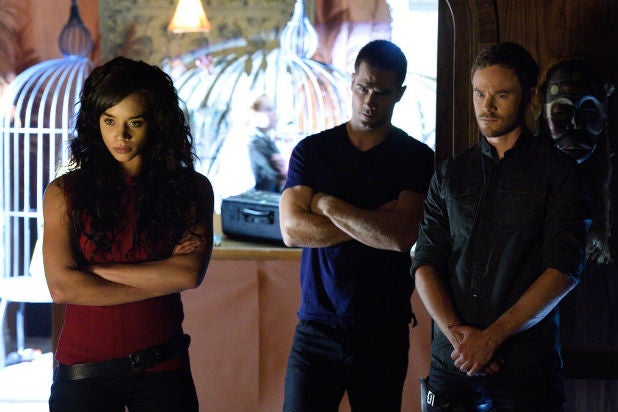 “Dark Matter,” based on the eponymous Dark Horse graphic novel about six people who wake up on a spaceship with no memory of who they are or how they got there, averaged 1.8 million viewers in its first season on Syfy.

“With its mysterious premise and fascinating characters, ‘Dark Matter’ has built an incredibly loyal, passionate and engaged fan base,” said Chris Regina, senior vice president, Program Strategy, Syfy. “We look forward to another out-of-the-world season from this talented creative team.”

“Killjoys” is another space drama that follows the adventures of a trio of bounty hunters as they traverse a distant planetary system in pursuit of violent criminals amid class tensions and the threat of war. Season 1 averaged 1.5 million viewers in Live + 3 day numbers.

“Dark Matter” is produced by Prodigy Pictures and is executive produced by writer-creators Joseph Mallozzi and Paul Mullie, as well as Jay Firestone and Vanessa Piazza.

“Killjoys” is produced by Temple Street Productions in association with Space and Syfy. It is written by Lovretta, who executive-produces along with David Fortier, Ivan Schneeberg and Karen Troubetzkoy.