Just in time for your rainy day needs, it’s a brand new trailer for “Dark Phoenix,” and it’s full of cosmic, destroyer-of-worlds action — and crying in the rain. Watch it above.

Pretty intense! And uh, sure looks like the trailer wants you to think that Jean Grey (Sophie Turner) is gonna murder Mystique (Jennifer Lawrence). Watch out, J-Law! There are also some pretty cool shots in this one — especially of Nightcrawler (Kodi Smit-McPhee), and Storm’s (Alexandra Shipp) lightning.

For those who don’t know, the film is based on the highly celebrated and influential “X-Men” storyline of the same name by Chris Claremont and John Byrne, as detailed in “Uncanny X-Men” #101-108 (1976-1977) and “Uncanny X-Men” #129-138 (1980). In that story, Jean Grey merges with a cosmic entity that embodies the universal energy of creation and destruction, giving her vastly enhanced psychic abilities that transform her into “Dark Phoenix,” a genocidal force of unimaginable power.

It gets worse from there, involving (spoiler) intervention by an alliance of interstellar empires, and the tragic death of Jean. But don’t worry — comics hardcores know Jean is later revealed to be innocent, and still alive. (It’s weird — look, comics are weird, guys).

It hits theaters June 7. Meantime, check out the colorful poster below: 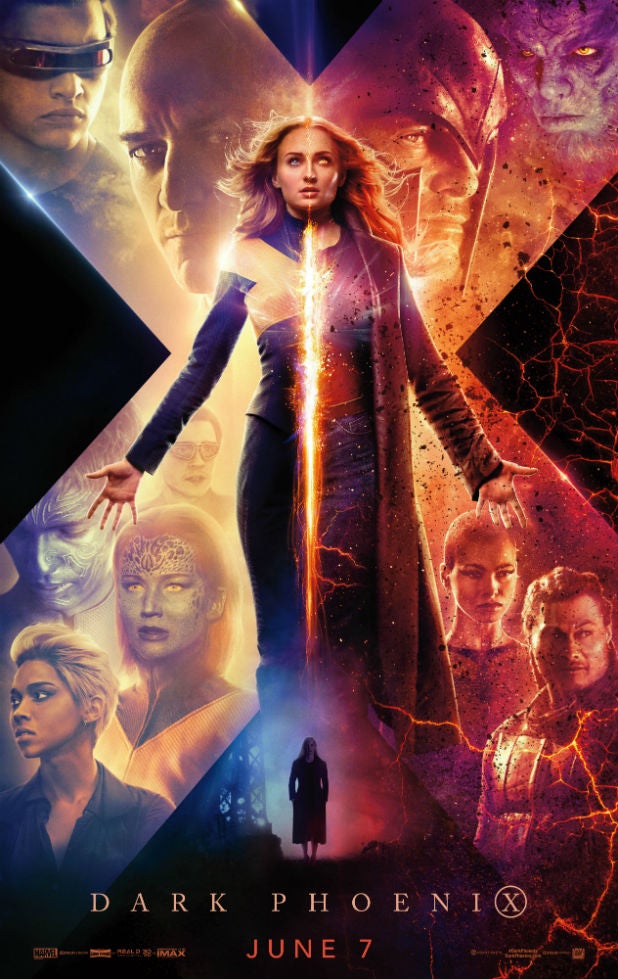