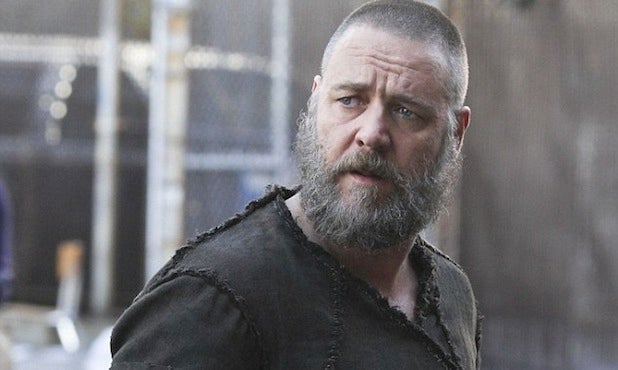 Paramount Pictures, which is slated to release the movie in March, did not immediately respond to a request for comment. The studio is actively trying to pull the trailer down, according to an individual with knowledge of the leak.

The “Noah” trailer can be found by clicking here. [Update 5:20 p.m. The trailer has been removed]

The trailer asks audiences to “rediscover the epic story of one man and the most remarkable event in our history.”

The trailer, which appears to have been pirated via iPhone, also features glimpses of the great flood, as well as a meteor shower.

Running 3 minutes and 18 seconds, the marketing spot is longer than your average theatrical trailer, indicating that it may not be finished yet.

“Noah” has found itself at the center of controversy lately, as Paramount and Aronofsky are not seeing eye-to-eye following disappointing test screening results, according to multiple individuals close to the faith-based project.