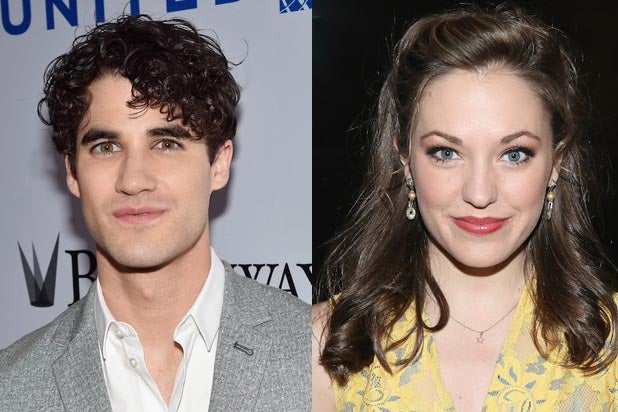 The Tony Awards’ first-ever “Live! From the Red Carpet” production will be hosted by Broadway stars Darren Criss and Laura Osnes, with George Takei serving as an official fan correspondent, the Broadway League and the American Theatre Wing announced on Friday.

Randi Zuckerberg will serve as the tech/social correspondent, Playbill editor Blake Ross will be the theater correspondent, and “Project Runway” alum Emilio Sosa will talk to the nominees about their outfits as the fashion correspondent during the 2-hour-and-30-minute live stream.

Viewers can watch the red carpet action on TonyAwards.com, CBS.com, Playbill.com and TimeOut.com between 5:30pm to 8:00pm ET.

In partnership with Stage17.tv and Playbill, the live special will also showcase exclusive behind-the-scenes features showcasing the nominated shows and actors of 2014-2015 Broadway season.

The live special will be produced by red carpet specialist Eddie Delbridge (“E! Live from the Red Carpet”) in conjunction with SERINO/COYNE and Getty Images Video.

Criss, best known to the majority of the country for starring in “Glee,” is currently starring on Broadway as the lead of “Hedwig and the Angry Inch,” the 2014 Tony Award winning Best Musical Revival. Osnes, a two-time Tony nominee, has been seen in “Rodgers + Hammerstein’s Cinderella,” “Bonnie and Clyde,” “Anything Goes” and “Grease.”

Takei, an actor best known for “Star Trek,” will be seen on Broadway this fall in “Allegiance,” a musical based on Takei’s childhood experience in a Japanese-American interment camp.

“There is no experience quite like being on the Tony Awards red carpet. The energy and excitement of the nominees, presenters and performers as they are about the enter Radio City Music Hall is exhilarating, and we are thrilled to share this unique experience with Broadway fans around the world – live – for the first time,” Heather Hitchens, president of the American Theatre Wing, and Charlotte St Martin, president of The Broadway League, said in a joint statement.