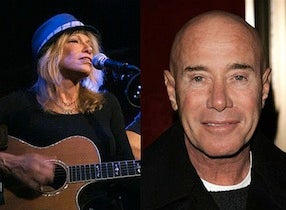 If David Geffen ever thought "You’re So Vain" was about him, he’d have been wrong.

According to Roger Friedman’s Showbiz 411, the singer insists that the British Tabloid The Sun got it wrong when it reported last week that the song was calling out the openly gay record executive.

She emailed me last night: “What a riot! Nothing to do with David Geffen! What a funny mistake! Someone got a clue mistaken for another mistake!”
For years, Simon has leaked obscure clues that have caused people to speculate that the subject was anyone from Geffen to Warren Beatty to Kris Kristofferson and Mick Jagger.
x
Looks like you're enjoying reading