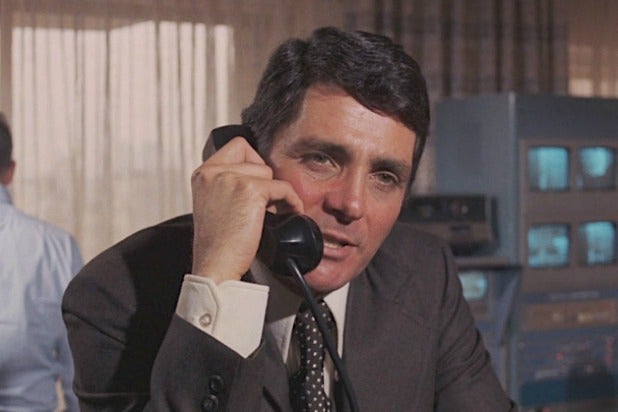 David Hedison, who was best known for his work in two James Bond films and on the series “Voyage to the Bottom of the Sea,” has died. He was 92.

Hedison’s death was confirmed by his daughter Alexandra Hedison. He’s survived by his two daughters Alexandra and Serena.

Hedison played Captain Lee B. Crane for 110 episodes on the ’60s adventure and sci-fi show “Voyage to the Bottom of the Sea” opposite Richard Basehart and Robert Dowdell.

Also Read: Stephen Verona, Writer/Director of 'The Lords of Flatbush,' Dies at 78

He is starred as CIA agent Felix Leiter alongside two different actors playing James Bond, first in “Live and Let Die” with Roger Moore and later “License to Kill” with Timothy Dalton in 1989.

Hedison also starred in the original version of the cult horror film “The Fly” from 1958 and appeared in episodes of “Fantasy Island,” “The Love Boat,” “Charlie’s Angels” and more. More recently, he had a 50-episode arc in 2004 on “The Young and the Restless” as Judge Arthur Hendricks, an old flame of Jeanne Cooper’s character Katherine Chancellor.

Hedison was born in Providence, Rhode Island and is an alum of Brown University, the Neighborhood Playhouse and the Actors Studio, where he studied alongside Lee Strasberg. He eventually moved to Off-Broadway productions before signing a film contract with 20th Century Fox, where he made “Voyage to the Bottom of the Sea” and the series “Five Fingers.”

“He was the most wonderful father and husband to our mother who passed away in 2016. Always kind, loving, and making us laugh he brought the best out in everyone,” his family said in a statement. “David was a longtime member of the Academy who was passionate & truly dedicated to his profession. He generously supported the work of others and was the first to shout ‘Bravo’ after a worthy performance. We are heartbroken but also grateful to have had such an extraordinary man as our father and friend.”