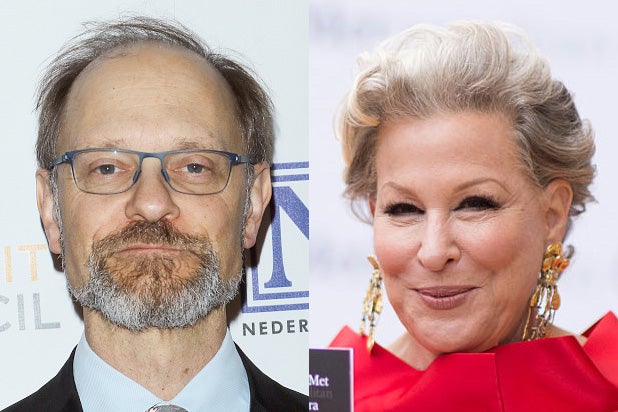 Jerry Zaks will direct the Scott Rudin production, which will begin previews at the Shubert Theatre on March 15, 2017 ahead of an April 20 opening. (“Matilda” is scheduled to end its long run at that theater in January.)

Warren Carlyle will choreograph the revival, which is expected to pay homage to the original staging of director-choreographer Gower Champion.

Herman wrote the music and lyrics for the show, whose book by Michael Stewart was adapted from Thornton Wilder’s 1938 farce “The Merchant of Yonkers.”

The original show made a star of Carol Channing and centers on a matchmaker named Dolly Levi (Midler) trying to find a wife for the wealthy but prickly Horace Vandergelder.

Pierce is a Tony winner for the 2007 musical “Curtains.” His other Broadway credits include “Vanya and Sonia and Masha and Spike,” “La Bete” and “Spamalot!” He also directed the 2015 Broadway musical “It Shoulda Been You.”

Midler, who won a special Tony award in 1974, last appeared on Broadway in 2013 in the hit one-woman drama “I’ll Eat You Last.”