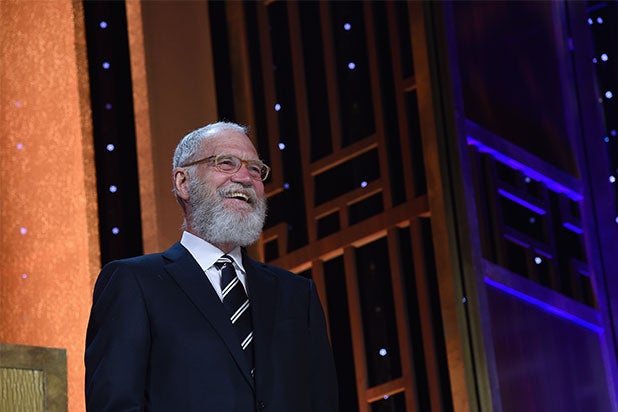 Although Donald Trump was a frequent guest on David Letterman‘s “The Late Show,” the now-retired entertainer does not have very nice things to say about the presidential candidate now.

In an interview with the New York Times, Letterman explained that he has known Trump for a long time, and “nobody took him seriously” and “people loved when he would come on the show.” Letterman recalled that Trump was the perfect guest while the comedian made fun of the mogul’s hair and ties.

“So now, he decides he’s running for president. And right out of the box, he goes after immigrants and how they’re drug dealers and they’re rapists,” he said. “And everybody swallows hard. And they think, oh, well, somebody will take him aside and say, ‘Don, don’t do that.’ But it didn’t happen.”

Letterman added that Trump is a “damaged human being” for the moment in the current campaign when he mocked a New York Times reporter with a congenital disorder. “If you can do that, and not apologize,” the comedian said, “you’re a person to be shunned.”

Letterman thinks that Trump will be “crushed in the general election,” citing New York Times columnist David Brooks, who said a similar thing. “I think people just were amused enough about him to keep him afloat in the polls, because nobody wanted the circus to pull up and leave town,” Letterman said.

The former “Late Show” host also asked people to stop giving Trump the attention he seeks, bringing up a recent dispute between Ruth Bader Ginsburg and the republican candidate.

“Kids, if you turn off the light, the moths will stop coming,” Letterman said.

If he were to have Trump as a guest on his show today, Letterman said he would take the opportunity to address the mogul’s behavior.

“I would have gone right after him. I would have said something like, ‘Hey, nice to see you. Now, let me ask you: What gives you the right to make fun of a human who is less fortunate, physically, than you are?'” he said. “If you see somebody who’s not behaving like any other human you’ve known, that means something. They need an appointment with a psychiatrist. They need a diagnosis and they need a prescription.”