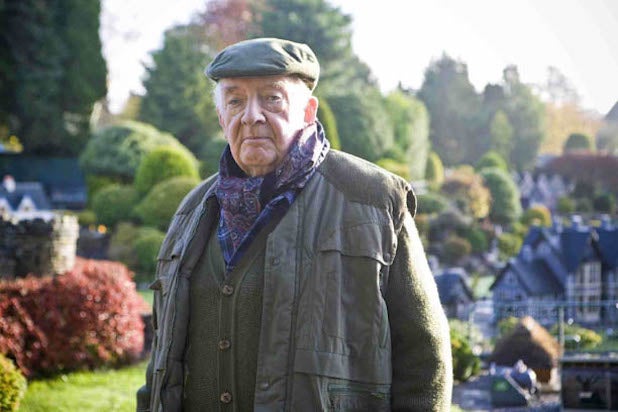 Veteran actor David Ryall, best known by Americans as Elphias Doge in the “Harry Potter” film franchise, died on Christmas, Dec. 25 at the age of 79.

Friend and colleague Mark Gatiss, “Sherlock” and “Doctor Who” writer, broke the news on Twitter.

“The great David Ryall left us on Christmas Day. A twinkling, brilliant, wonderful actor I was privileged to call a friend. RIP,” Gatiss wrote.

The great David Ryall left us on Christmas Day. A twinkling, brilliant, wonderful actor I was privileged to call a friend. RIP.

His daughter, actress Charlie Ryall, thanked Gatiss and her father’s fans for their “love & encouragement” on Twitter, as well.

Thank you to @Markgatiss and everyone who has sent kind words of love & encouragement about my Dad, the brilliant David Ryall.

His television credits include ITV’s “Midsomer Murders” (pictured above) in 2009, BBC One comedy “Outnumbered,” BBC’s “The Village,” “The Singing Detective” and the miniseries “House of Cards,” which was adapted for U.S. audiences by Netflix.

The actor started out in theater and would go on to appear in numerous productions from some of Britain’s greatest theater companies, including Laurence Olivier‘s company with the National Theatre and the Royal Shakespeare Company.

In addition to Charlie, Ryall had one son, music manager Jonathan Ryall, and one other daughters, singer Imogen Ryall.