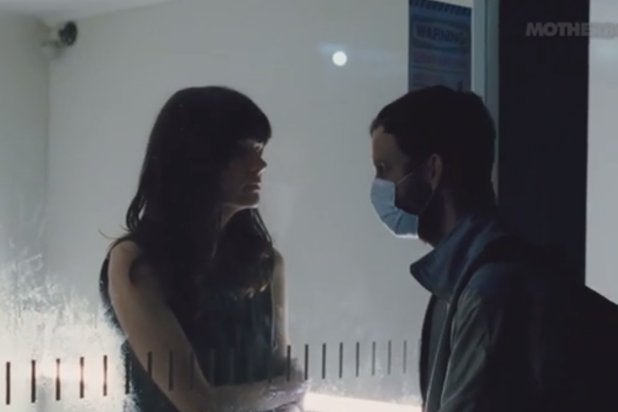 There’s a ten-year gap between the closing moments of “Rise of the Planet of the Apes,” when a viral outbreak began to spread across the human population, and the opening of the upcoming “Dawn of the Planet of the Apes.” A lot happened in that lost decade, so 20th Century Fox partnered with VICE’s Motherboard to create three short films to fill in some holes.

See video: Final ‘Dawn of the Planet of the Apes’ Trailer Sets the Stage for an Epic War

The first short, “Quarantine,” follows a father and daughter as they learn how to survive in the initial year after the Simian Flu outbreak. The girl’s mother is infected and they’re able to visit her in quarantine, but the foreboding sense of doom hangs over them all.

The second, “All Fall Down,” jumps ahead to the fifth year after the outbreak, following a teenage girl in a darkening world. She must scavenge and barter with neighbors for supplies, while trying to control her fear in light of the growing danger of a world growing more savage by the day.

The last short film, “Story of the Gun,” follows a single gun as it moves from one owner to the next, ten years after the initial outbreak. Happening virtually at the same time as “Dawn of the Planet of the Apes” begins, this film shows just how lost the world has become, with society essentially fully collapsed by this point.

These lost years would make for a great TV series set in the “Apes” continuity.

It all culminates in “Island of the Apes,” a documentary film about a series of six islands now solely populated by former lab-tested chimpanzees. Near Liberia, “Monkey Island” is a place that the locals genuinely fear to go, at least according to the film’s trailer. That film premieres on Wednesday, July 2, exclusively on Motherboard, but the company did provide a trailer.

And now the stage is set for “Dawn of the Planet of the Apes,” opening on Friday, July 11. The Chernin Entertainment and Dune Entertainment film was produced by Peter Chernin, Dylan Clark, Rick Jaffa and Amanda Silver.