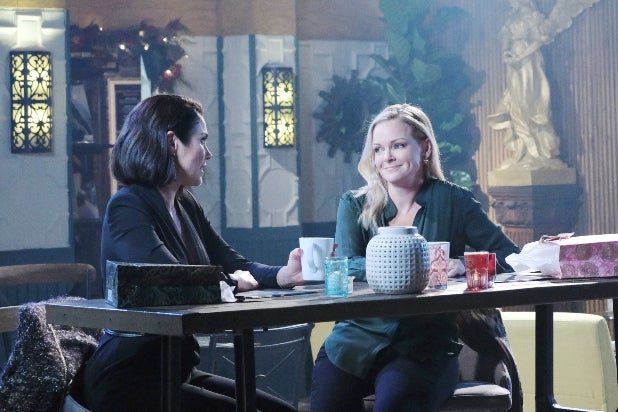 For fans that just can’t get enough “Days of Our Lives,” a digital series called “Last Blast Reunion” is premiering on The DOOL app on Black Friday.

Set in 2000, the digital series will feature characters played by the original actors who were in the roles at that time, as well as the surprise return of a fan favorite yet to be announced. Returning actors include Brandon Beemer (“Shawn Brady”), Martha Madison (“Belle Black”), Heather Lindell (“Jan Spears”), Aaron Van Wagner (“Jason Welles”), Nadia Bjorlin (“Chloe Lane”) and Lindsay Hollistar (“Susan Adamson”).

Also Read: Days Numbered for 'Days of Our Lives'? It's the Lowest-Rated Daytime Soap This Season - Again

The episodes will be seven to 10 minutes in length, and will stream exclusively on The DOOL app starting Nov. 29, with new episodes being added every Thursday for seven weeks after. One week after they’re released on The DOOL app, they will begin streaming on the NBC app and NBC.com.

“We are excited to bring together some of the most beloved characters from Days of our Lives in the next DOOL App series,” said Greg Meng, co-executive producer of “Days of our Lives.” “As this new digital platform continues to grow, we can provide exciting additional content to complement the air show on NBC.”

Here is the official logline:

In “Last Blast Reunion” Belle and Chloe discover their old friend Kevin has reopened the “.Com Café” in New York, similar to the one at which they all used to gather at together 20 years earlier. The three of them decide to plan a reunion of the “Last Blast Crew,” and a week later they are joined by Susan, Shawn and Mimi and the friends reminisce and quickly ease back into their old bonds and rivalries. Two people, Jan and Jason, are missing from this get-together but will soon join in this long-awaited reunion. The story takes an unexpected turn with some shocking twists that will keep viewers at the edge of their seats all the way to the surprise ending.

Also Read: 'Days of Our Lives' Star on Cancellation Rumors: 'We Are Not Going Anywhere'

“Last Blast Reunion” was written by “Days of our Lives” head writer Ron Carlivati and produced by Corday Productions.