Two more “Legends of Tomorrow” have been revealed as the first photo of Hawkman and Hawkgirl were unveiled by The CW Friday morning.

The time-traveling star-crossed lovers, played by Falk Hentschel and Ciara Renée, will first appear during a crossover between “Arrow” and “The Flash” at some point during the upcoming fall season, before they go on to their own team on “Legends,” which is set to debut in midseason.

Hentschel plays Carter Hall, the latest reincarnation of an Egyptian Prince who is fated to reincarnate throughout time along with his soulmate, Kendra Saunders (Renée).

Like Kendra, Carter can access the powers of the Hawk God, Horus, which transforms them into their winged alter-egos.

Renée briefly made an appearance as Kendra in her everyday form in the season finale of “The Flash.”

See the full photo of Hawkman and Hawkgirl below. 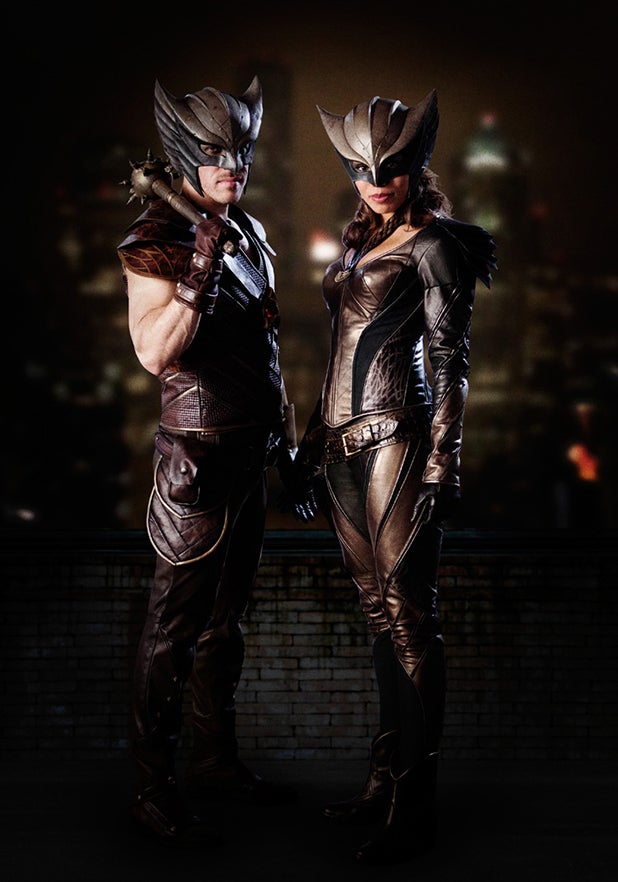