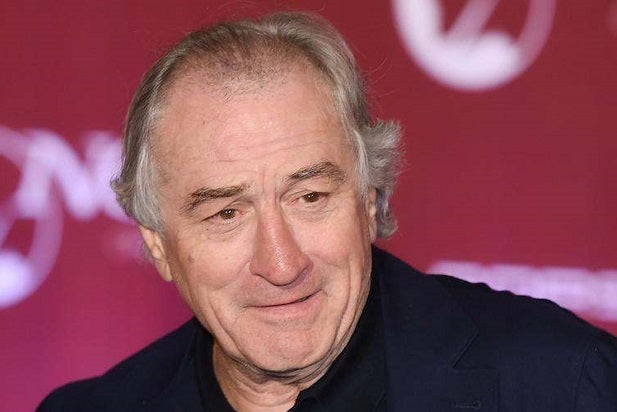 Robert De Niro‘s decision to pull a documentary accusing the U.S. Centers for Disease Control of concealing a link between vaccines and rising autism rates from the Tribeca Film Festival was welcomed by health experts.

“Nonsense on stilts” was how Arthur Caplan, head of the Division of Medical Ethics at New York University, described “Vaxxed: From Coverup to Catastrophe” to Newsweek as he applauded the decision.

But the film’s director and co-writer Andrew Wakefield countered that the Tribeca fest co-founder’s decision was censorship and vowed to make sure that his documentary is seen.

“We have just witnessed yet another example of the power of corporate interests censoring free speech, art, and truth,” read a statement Sunday on the film’s website from Wakefield and producer Del Bigtree. “Tribeca’s action will not succeed in denying the world access to the truth behind the film ‘Vaxxed.”

Wakefield “has been adjudicated many times,” Caplan told Newsweek.

“It’s a rehash of worries about autism, the scientific community basically had a justifiable conniption, including me,” he said. “It’s the equivalent of a Holocaust denial film,” he said. “Nobody believes it anymore. It’s a settled issue. He’s been disgraced.”

Wakefield is the anti-vaccination activist and onetime gastroenterologist whose medical license was revoked by Britain’s General Medical Council, according to CBS News. Wakefield is also the author of a widely discounted study — published in the medical journal The Lancet, in 1998 — that was retracted in 2010.

The Institute of Medicine, the World Health Organization and the CDC have discredited the notion that a link exists between vaccines and developing autism spectrum disorder.

In initially approving the documentary’s inclusion in the festival on Friday, De Niro said in a statement that he was hoping to ignite “a conversation around an issue that is deeply personal to me and my family.”

But he noted that he was “not personally endorsing the film” and is not “anti-vaccination.”

“Grace and I have a child with autism and we believe it is critical that all of the issues surrounding the causes of autism be openly discussed and examined,” the statement said. “In the 15 years since the Tribeca Film Festival was founded, I have never asked for a film to be screened or gotten involved in the programming.”

“When a well-respected celebrity like Robert De Niro, who himself has an autistic child, appears to lend his own credibility to Andrew Wakefield’s debunked nonsense, it has power,” Silberman said. “Particularly in the parents community, parents will put their kids through potentially harmful treatments.”

Here’s the trailer for “Vaxxed: From Controversy to Catastrophe”: