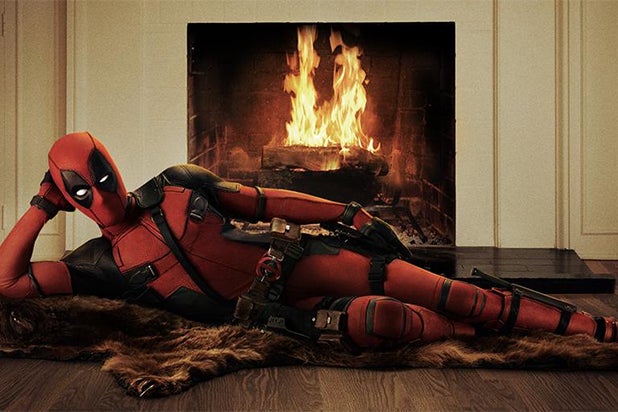 “Deadpool” is going to be a serious superhero movie that takes itself very seriously, judging by the first official photo shared by star Ryan Reynolds.

The titular Marvel superhero is seen lounging in front of a romantic roaring fire, wearing the suit that, according to Reynolds, will be the official costume used in the film.

“With great power, comes great irresponsibility,” Reynolds captioned the photo. He later added, “No bears were harmed in the making of this photo. Though many bears likely turned on,” and also shared the original photo of Burt Reynolds draped across a bearskin rug that served as the inspiration for his “Deadpool” photoshoot.

Tim Miller is directing the comic book movie, which finds Reynolds playing an assassin who undergoes a procedure to cure his cancer that leaves him twisted, scarred and super-powered. And glib. Very, very glib.

Reynolds first played the assassin, nicknamed the Merc Without a Mouth, in “X-Men Origins: Wolverine.”

Morena Baccarin, T.J. Miller and Gina Carano will co-star in the film, which is now shooting for a Feb. 12, 2016 release.

See the first photo of the suit below.