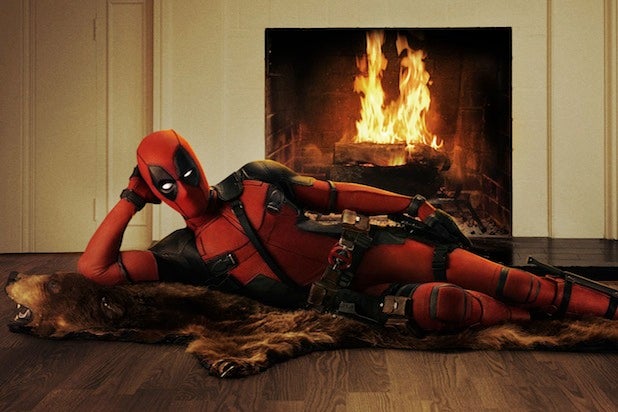 “Deadpool” is looking to gross $90 million its four-day debut weekend, according to early Friday estimates.

After opening to a record $12.7 million on Thursday night, breaking two records for the largest February preview ever, as well as the largest R-rated Thursday preview ever, analysts are now predicting for Ryan Reynolds‘ superhero film to make a lot more than initially projected, which ranged from $65 million to $70 million.

The movie, co-starring Morena Baccarin and Ed Skrein, was initially tracking for $35 million, but Fox’s stellar marketing campaign and positive word of mouth after a surprise screening boosted its estimates.

According to a Fandango spokesperson, “Deadpool” is also on track to break Fandango’s record for the top opening weekend ticket sales for a February release. That record was previously held by “Fifty Shades of Grey,” which went on to gross $93 million over the four-day Valentine’s Day weekend.

This comes after “Deadpool” also blitzed a bunch of opening records in its debut at the overseas box office and rung up $14 million, such as delivering the best single-day debut for an R-rated Fox movie ever in the U.K. ($3.4 million).

However, Valentine’s Day might put a halt to “Deadpool’s” rising opening weekend estimates, according to Bock.

“Are females going to go see that film?” he said. “Sunday is going to be a bit of a mystery, because there are two other films that are better candidates.”

Ben Stiller‘s “Zoolander No. 2” and Rebel Wilson‘s comedy “How To Be Single” are the two other movies opening this weekend, tracking for mid- to high-$20 million and mid-$20 million, respectively.

“People grew tired of the same old same old [superhero movie], so this is pretty cool to see,” added Bock. “Will this change the future of R-rated comic book adaptation? Most definitely.”