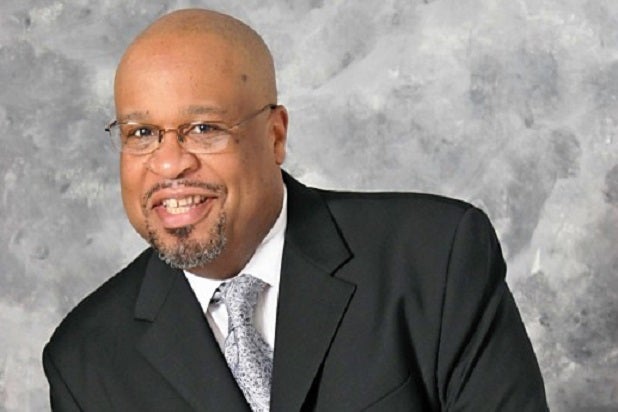 Bob Sumner will be returning to familiar territory next month — the world of televised comedy.

Sumner, the co-creator and co-executive producer, will premiere his new series, “Laff Mobb’s We Got Next,” Feb. 18 at 10 p.m. on ASPiRE.

Also read: TCA: On ‘Millionaire,’ Cedric the Entertainer Will Wear Many Hats

Hosted by Sumner and filmed in front of a live audience at North Hollywood’s El Portal Theater, the eight-episode series will deliver “clean stand-up” comedy performances and profiles of the next generation of great African American comics, showcasing more than 32 up-and-coming comics.

Between the performances and the profiles, Sumner will be joined by celebrity casting assistants “The Turn-Up King” Red Grant and “Boss Lady Be” Brély Evans and Bob’s right-hand man, Carlos Koustas, who’ll help Sumner determine which of the 32 comedians is ready to take the stage. DJ Mike Smoove will introduce each comedian to the stage after they’re selected.

See video: How Obama Made Fun of Dave Chappelle — According to Neal Brennan

The audience will also see clips and Sumner’s interviews with the comics as they discuss the importance of doing clean comedy.

“After helping to discover stars such as Bernie Mac, Dave Chappelle, Chris Tucker, Bill Bellamy, Cedric The Entertainer, Mike Epps, Mo’Nique and others, I’m stepping in front of the cameras for the first time to help bring the ‘Next’ generation of comedians to the world,” Sumner said of the series. “I can’t wait for ASPiRE viewers to meet and laugh with these 32 fresh, talented and funny men and women.”

The premiere episode will feature Erin Jackson, the co-host of ASPiRE’s “exhale,” as well as comedians Geoff Brown, D.C. Ervin and Yoursie Thomas.

“Laff Mobb’s We Got Next” is produced by Laff Mobb and New Wave Entertainment. Along with Sumner, Brian Volk-Weiss, Jack Vaughn, Arthur Spivak and Daniel Paul are executive producing.  Jay Chapman is directing.

“We are proud to partner with Laff Mobb and New Wave Entertainment to identify and spotlight a new generation of clean urban comics,” ASPiRE general manager Paul Butler said of the series.  “Beginning February 18th, over 32 fresh, funny and up-and-coming comedians will be introduced to ASPiRE viewers over eight weeks.  We expect ‘Star Maker’ Bob Sumner and producer Arthur Spivak will take “Laff Mobb’s We Got Next” to the next level while entertaining and keeping ASPiRE viewers laughing each week.”