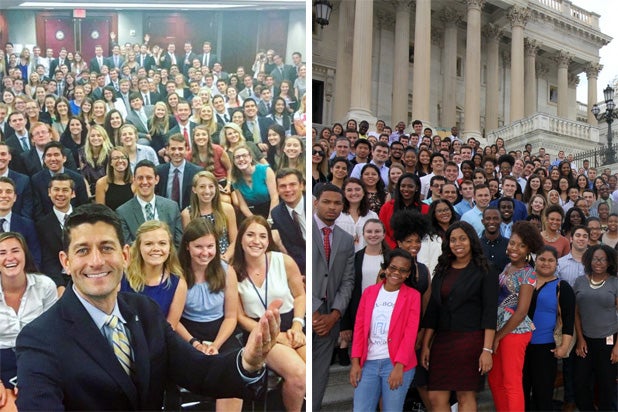 Democratic House interns are firing back at House Speaker Paul Ryan with a much more diverse photo of their own.

Ryan had posted a selfie on Instagram featuring a cohort of predominantly white Congressional interns last Saturday. The photo was quickly mocked online for its homogeneity and spurred a number of memes on social media.

In response, Rep. Eddie Bernice Johnson of Texas posted a series of three photos to her Twitter and Facebook pages showcasing a decidedly more diverse array of Democratic interns at Capitol Hill.

Check out the photos below:

The picture of the Democratic interns look a lot different than the #speakerselfie #DemInternSelfie #Diversity pic.twitter.com/B7MucXwLwB