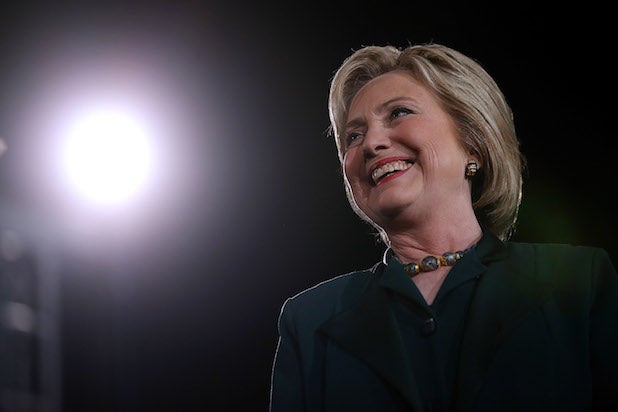 The Democratic National Convention kicks off at the Wells Fargo Center in Philadelphia on Monday, and the nation’s attention will shift from Donald Trump to Hillary Clinton.

Clinton will make history, becoming the first female to ever be the presidential nominee of a major party in America. The event will be covered extensively by both broadcast and cable news networks. Whether you plan to watch the convention or not, it’s your civic duty to know about the upcoming showcase.

Here are seven things to know about the upcoming Clinton infomercial:

The Democrats know how to bring out star power, and it will be on full display at the DNC. President Barack Obama, First lady Michelle Obama, former President Bill Clinton, Vice President Joe Biden and Senator Bernie Sanders are scheduled to speak.

Celebrities like Lena Dunham, Tony Goldwyn, America Ferrera, Debra Messing, Demi Lovato, Katy Perry and multiple other big names have all signed up to attend the DNC in support of Clinton. Only politicians have been added to the “official” speaking schedule but you can expect a handful of celebrities to wind up on the stage, too.

When former President Bill Clinton speaks, he will be joined by Mothers of the Movement, which includes the mothers of black men and women who have been killed by gun violence or in police custody. The mothers of Eric Garner, Trayvon Martin and Michael Brown are scheduled to appear at the DNC.

Philadelphia’s police union slammed Clinton for inviting Mothers of the Movement, but not the relatives of slain officers, to the convention. We have a feeling that Clinton will get the message and do something for fallen police offers… stay tuned.

A Lot of Trump Bashing

If the Democrats planned on keeping things positive, that probably went out the window when New Jersey Governor Chris Christie staged a mock Clinton trial at the Republican convention. At one point, Christie was interrupted by the audience chanting, “Lock her up! Lock her up!” Well, it’s payback time.

Expect speakers to mock everything from Trump’s complexion and hand size to Trump University and his lack of foreign policy knowledge. The possibilities are essentially endless. All the DNC speakers need to do is check out some episodes of late-night talk shows from the last few months if they need inspiration. It’s also safe to assume that the word “plagiarism” will be mentioned once or twice. We know the GOP nominee will be mocked constantly, but will Trump respond in real time on Twitter?

Everyone will be on Their Phone

Between Facebook Live and Pokemon GO, people were going to be on their phones throughout the convention anyway. But now, the DNC has dropped an official app “DNC 2016,” which is available in the App Store and on Google Play. “DNC 2016” features extensive coverage, 360-degree live streams, interactive maps and a ton of information on the City of Brotherly Love.

“Our app ensures that whether you’re inside the Wells Fargo Center or thousands of miles away, you can engage with the convention,” DNC Chief Innovation Officer Andrew Binns said. “With constantly updated content, social integration and a front row seat to history, our app is an essential tool both for delegates in Philly and viewers across the country.”

The RNC was panned by the left for focusing on negativity, corruption and forcing a sense of fear on potential voters. Christie and Rudy Giuliani delivered speeches that will be remembered for their shouting and negativity as much as the message they were trying to convey. Trump sounded so angry about the state of America during his acceptance speech that TheWrap wrote an entire article highlighting the angriest moments.

The truth is, Conservatives loved it and Liberals hated it. Either way, expect speakers at the DNC to focus on lighter items such as equal pay, LGBTQ rights and keeping Obama’s current policies in place.

Trump’s (very long) speech on the final night of the 2016 Republican Convention scored more cable news views than Mitt Romney’s comparable turn in 2012 — and even more than John McCain’s 2008 acceptance. While Trump always helps television ratings in general, the Democratic party doesn’t have much to worry about. Between the Obama loyalists, Sanders supporters and people simply wanting to witness history, the DNC should do just fine in the ratings department.

What to Expect Day-by-Day

The DNC starts Monday and goes on until Thursday night. Here’s what to look out for on each of the four days:

Monday: Michelle Obama and Bernie Sanders will speak to kick off the convention.

Tuesday: Bill Clinton will become the first husband to formally speak on behalf of a presidential candidate.

Wednesday: Joe Biden and President Obama will speak on behalf of Clinton.

Thursday: Chelsea Clinton will introduce her mother, Hillary, who will accept the Democratic nomination.