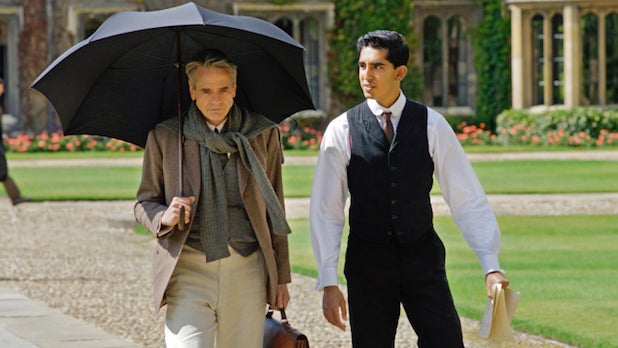 Stephen Fry, Toby Jones and Devika Bhise co-star in the movie, which recently made its world premiere at the Toronto International Film Festival before opening the Zurich Film Festival.

Based on Robert Kanigel’s biography “The Man Who Knew Infinity: A Life of the Genius Ramanujan,” the film chronicles the true story of a friendship that forever changed mathematics. In 1913, Ramanujan (Patel), a self-taught Indian mathematician, travels to Trinity College, Cambridge, where he forges a bond with his mentor, the eccentric professor GH Hardy (Irons) and fights against prejudice to reveal his mathematic genius to the world.

The deal was negotiated by Arianna Bocco, senior VP of acquisitions for Sundance Selects/IFC Films, with CAA on behalf of the filmmakers. In addition to CAA, Brown is also represented by Kaplan/Perrone and attorney James Adams of Schreck Rose. Mister Smith Entertainment is handling international sales.